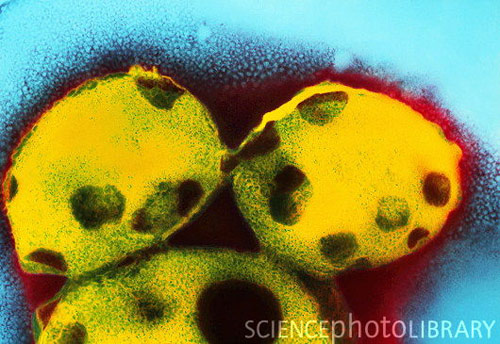 Common colonizer: Sutterella wadsworthensis is present in the intestines of children with autism, where it might displace beneficial bacteria.

A certain type of bacteria is prevalent in the intestines of children who have both autism and gastrointestinal (GI) symptoms but absent in controls, according to a study published 10 January in mBio1.

GI symptoms such as constipation, diarrhea, abdominal pain and bloating are common in children with autism. But it is unclear whether GI complaints are a core feature of autism or a consequence of picky eating or of other symptoms of the disorder.

Studies have also shown alterations to the profile of the gut microbiome — the full range of commensal bacteria that live in the digestive tract — in children with the disorder. And studies in mice suggest that gut bacteria can actually influence behavior: An absence of commensal bacteria in the guts of mice leads to hyperactivity, and supplementing mice with probiotics helps them better cope with stressful situations.

Last year, researchers showed that 7 of 15 children with autism and none of 9 controls, all of whom have GI symptoms, carry Alcaligenaceae, a large family of bacteria, some members of which can lead to infections such as whooping cough2.

In the new study, the same researchers used a technique called PCR — a method of amplifying and sequencing select regions of DNA — to identify the type of Alcaligenaceae present in these children. The researchers used biopsies of the lining of the intestine to catalog the bacteria that colonize the gut instead of using stool samples, which contain inhibitors that can interfere with PCR.

Researchers have isolated Sutterella from infections, such as appendicitis, and from individuals with Crohn’s disease, an autoimmune disorder that leads to inflammation of the GI tract. However, it is not known whether the bacteria are a cause or a consequence of these infections, or whether they are always present in healthy individuals.

When Sutterella is present in the intestines of children with autism, it is highly prevalent, ranging from about two to seven percent of all bacteria and from the third to the eighth most common species in the gut microbiome, the study found. It is unknown whether the children’s GI symptoms are caused by Sutterella, but the bacteria may displace beneficial commensal bacteria, leading to symptoms, the researchers say.

Eleven of the children with autism and one control also carry antibodies that cross-react with Sutterella, an indication of infection and inflammation. Three of these children were not positive for Sutterella based on PCR analysis, suggesting that a total of 15 could carry the bacteria.