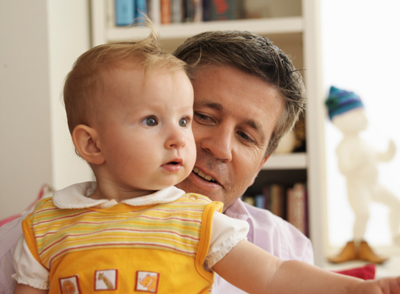 Relative risk: Even among siblings, the autism risk increases as the father ages, suggesting a direct link to paternal age.

Children born to fathers older than 45 years have a heightened risk of developing a range of conditions, from autism to addiction, according to a large Swedish study published 1 April in JAMA Psychiatry1.

The risks became most apparent when the researchers compared risk between siblings who share a father. This approach controls for factors that both siblings would have in common, such as environmental exposures, or parents’ educational level or socioeconomic status.

The findings suggest that the risk associated with a father’s age is directly related to genetic mutations, which can accumulate over time in rapidly dividing sperm cells. The study is the largest examination of the effects of paternal age to date.

The researchers looked at more than 2.6 million children born in Sweden between 1973 and 2001. The study did not include children born either prematurely or late, or those who had immigrated from another country. These factors are associated with an elevated risk of autism, and so could have become confounders.

When the researchers compared siblings who were born to fathers at different ages, the risk of developing autism in children born to older fathers rose to 3.45 times.

Based on this sibling analysis, children born to fathers over 45 years of age are 13 times more likely than children who have fathers younger than 45 to have attention deficit hyperactivity disorder, double the risk of psychosis, including schizophrenia, that requires hospitalization and nearly 27 times the risk of bipolar disorder.