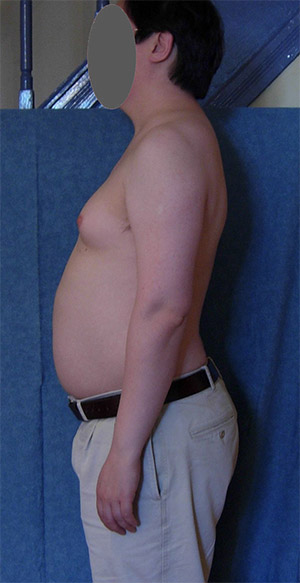 Risk group: Doctors should note that boys with Klinefelter syndrome are also at risk of developing autism.

Men who have an extra X chromosome have an elevated risk of developing autism, schizophrenia or bipolar disorder, according to a study published in the January issue of the Journal of Psychiatric Research1.

The results provide further support for a connection between autism and the X chromosome. Several X chromosome genes — including the genes that lead to fragile X syndrome and Rett syndrome, along with NLGN3 and NLGN4 — are linked to autism. Mutations in X chromosome genes may explain the higher prevalence of autism in males than in females.

About 1 in 670 men have Klinefelter syndrome, which is caused by having two X chromosomes and one Y. Men with the disorder have symptoms consistent with having low levels of testosterone, such as small testes and enlarged breasts. Studies also suggest that they have an increased risk of developing neurological disorders such as schizophrenia2, 3.

In the new study, researchers combed the Swedish National Patient Register to find 860 men with Klinefelter syndrome living in Sweden. They matched each of these men with 100 men from the general population born in the same year and country.

It is possible that people with both Klinefelter syndrome and a neurological syndrome are more likely than those with either syndrome alone to seek medical attention, the researchers note. Still, the results suggest that an extra copy of genes on the X chromosome increases the risk of neurological disorders.