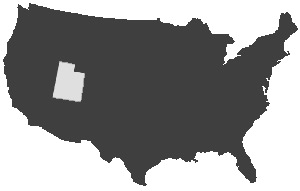 State rate: Individuals with autism are at risk of dying as a result of seizures or respiratory infections, according to a follow-up of a famous Utah prevalence study.

Of the 305 people diagnosed with autism in Utah in the 1980s, 29 have died. This is about ten times higher than the death rate in the general population during the same time period, according to a study published 25 September in the Journal of Autism and Developmental Disorders1.

These deaths tend to be the result of complicating medical conditions, such as epilepsy, suggesting that clinicians should monitor the overall health of people with autism.

A 1989 prevalence study in Utah used both a four-year media campaign (from 1982 to 1986) and hospital and special needs facility records to screen for children who may have autism2. Further diagnostic analysis identified 241 individuals with the disorder and a state prevalence of 0.04 percent.

This is much lower than the Centers for Disease Control and Prevention estimates of 1.1 percent reported earlier this year. However, a follow-up of the original study found that another 64 individuals would have been diagnosed if the researchers had used current guidelines3.

In the new study, researchers looked at this total group of 305 people and found that 29 of them (20 males and 9 females) had died since the original study. The most common reasons listed on death certificates are respiratory failure, heart problems and seizures. Together these account for 12 deaths. Only three were due to unnatural causes, such as accidents and suicide.

However, death certificates tend to be less accurate than usual when the deceased person had an obvious chronic condition, such as Down syndrome, the researchers caution.