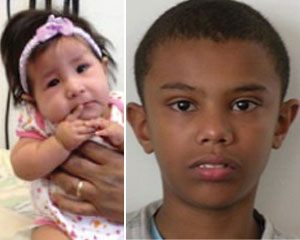 Related syndromes: Two different alterations of a chromosomal region lead to Prader-Willi syndrome in an infant girl and autism in a boy.

Two new case studies highlight how complex rearrangements of chromosome 15 can lead to different disorders, including autism and the related disorder Prader-Willi syndrome.

The 15q11-13 chromosomal region contains a number of DNA repeats. These can bind together, causing the chromosome to break and rejoin at different points. As a result, the region is highly susceptible to copy number variations — large duplications or deletions of DNA.

There is also variability in the type of maternal duplication. The most commonly described version generates a large duplication that makes up an extra chromosome. However, researchers are identifying smaller, interstitial, duplications. These may be more common that previously believed, as children with interstitial duplications have relatively mild symptoms and so may not be referred for genetic testing, researchers say.

The first new study, published in the October issue of the American Journal of Medical Genetics B, describes a Brazilian boy who has unusual interstitial repeats in the maternal copy of 15q11-131. The boy has three copies of the region between 15q11.2 and 15q13.2 and two copies of the section between 15q13.2 and 15q13.3. The triplication includes UBE3A and GABRB3, which inhibits brain signals and has been implicated in autism.

The boy has developmental delay, intellectual disability, unusual facial features and epilepsy. He was diagnosed with autism using the Autism Behavior Checklist, the Childhood Autism Rating Scale and the Vineland Adaptive Behavioral Scales. The researchers did not use the Autism Diagnostic Observation Schedule as a Brazilian version was not available at the time of the study, they say.

The infant has poor muscle tone, makes few spontaneous movements and has some abnormal facial features. She is diagnosed with Prader-Willi syndrome, but is likely to develop symptoms of autism later in life, the researchers say.