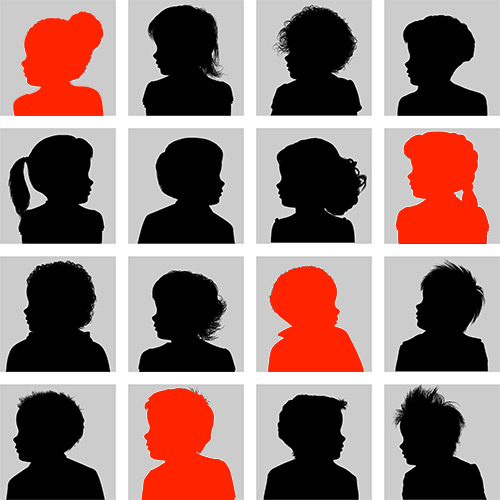 Hidden risk: Only about 1 percent of children with neurofibromatosis type 1 in Manchester, U.K., have an autism diagnosis, but the prevalence is probably 25 times that number.

Roughly one-quarter of people with neurofibromatosis type 1 (NF1) also have autism, according to a study published in December in Pediatrics1.

NF1 is one of a family of rare disorders that affect signaling in a cancer-related pathway. The disorders in this family, collectively dubbed RASopathies, enhance signaling through the RAS protein, which regulates cell growth and development.

RAS has several molecular links to autism: The mutations that lead to the autism-related disorders fragile X syndrome and tuberous sclerosis also affect RAS signaling, and two genes (ERK1 and MVP) located in the autism-associated 16p11.2 chromosomal region are in the RAS pathway.

What’s more, about one-quarter of children with a RASopathy may have autism, according to a study published last year2. However, that study relied primarily on screening questionnaires to diagnose autism.

In the new study, researchers aimed to assess the prevalence of autism using clinicians’ assessments in all 207 children diagnosed with NF1 in Manchester county, U.K. The researchers contacted the children through a genetics service provided by the Central Manchester University Hospital Foundation. They then administered the Social Responsiveness Scale (SRS), an autism screening questionnaire, to a little more than half of them.

Of these children, 32 scored above the cutoff for an autism diagnosis, 48 scored below and 29 scored in the moderate range. The researchers then invited some of these children to undergo in-depth, in-person assessments, including the Autism Diagnostic Interview-Revised and the Autism Diagnostic Observation Schedule-Generic. A total of 47 children responded, including 23 who had scored above the autism cutoff on the SRS.

Based on in-person assessments, 14 of the 47 children have autism, 13 have some symptoms of the disorder and 20 do not have autism. The researchers then used these proportions to estimate the proportion of the 207 children with NF1 who are likely to have autism. They estimated that as much as 45 percent show some features of autism, and 24.9 percent have a full diagnosis.

The findings support the theory that disruptions to the RAS pathway underlie autism. They also suggest that clinicians should screen all children with NF1 for autism: Only 2 of the 207 children with NF1 had an autism diagnosis before the study.