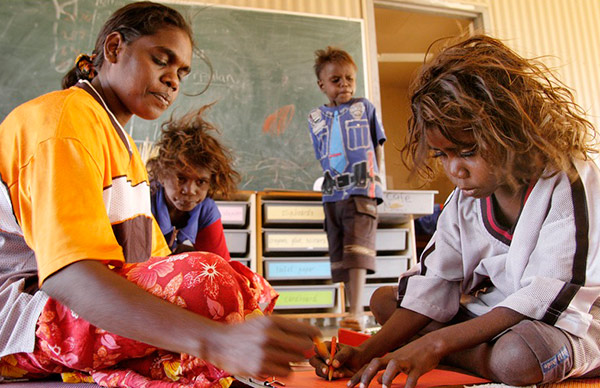 Outback family: Children born to aboriginal mothers are more likely to be diagnosed with intellectual disability than with autism. "Remote Education, Arnhem Land, Australia" by Rusty Stewart/Flickr This work is licensed under a Creative Commons Attribution-NonCommercial-NoDerivs 2.0 Generic

A child in Australia is more likely to have autism if he or she is the first-born, is born to a woman who is older than 40 years, or belongs to a family of higher socio-economic status, according to a study published in March in PLoS One.

By contrast, children born to women younger than 20 years old, of later birth order or from families with fewer social advantages are more likely to be diagnosed with intellectual disability.

The prevalence of autism varies considerably among countries, a fact that may in part be the result of complicated cultural variables that affect diagnosis. Risk factors such as paternal or maternal age can also affect the prevalence of the disorder.

The results of the study suggest that factors that increase social standing may result in a child being diagnosed with autism instead of intellectual disability, a trend also seen in the United States.