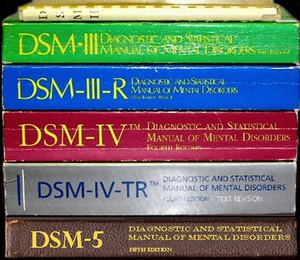 Limiting language: Mutations in a gene associated with language and autism can lead to intellectual disability.

Limiting language: Mutations in a gene associated with language and autism can lead to intellectual disability.

Collapsing the three core domains of autism — impairments in social interaction, communication deficits, and repetitive and restricted behaviors — into two makes no difference in the accuracy of diagnosis, according to a statistical analysis published 20 August in the Journal of Autism and Developmental Disorders1.

Autism is a disorder that encompasses a large spectrum of symptoms and severities. The current Diagnostic and Statistical Manual of Mental Disorders (DSM-IV) describes autism as deficits in three core domains, but the DSM-5, set to be published in 2013, combines social and communication deficits into one category.

The rationale behind having categories is that certain symptoms are more likely to occur together rather than independently, suggesting that they are manifestations of the same underlying genetic or mechanistic insult.

In the new study, researchers investigated this theory by looking at all the measures of the Autism Diagnostic Observation Schedule (ADOS), a gold standard diagnostic tool based on observation. The study considered ADOS measures for 1,409 children with autism between 3 and 18 years of age from the Autism Genetic Resource Exchange database.

ADOS relies on different tests based on a child’s age and language ability. For example, Module 1, for children who do not use sentences, includes ‘free play’ and ‘responsiveness to a social smile,’ whereas Module 3, for fluent children, includes ‘make-believe play’ and a ‘description of a picture.’

Measures of Module 1 children fit equally well with all three models, whereas Module 3 measures fit slightly better with the DSM-5 model than with the others. However, Module 1 measures fit each of the models better overall than the Module 3 measures do. This is especially true for a subgroup of children with scores under 50 on the Vineland Adaptive Behavior Scales, a questionnaire used to diagnose intellectual and developmental impairment.

This could be because diagnostic tests are better able to identify children at the lower-functioning end of the spectrum, the researchers suggest.

The results also suggest that symptoms in the social and communication deficits categories are likely to co-occur,supporting the proposed merge of these two factors in the new DSM-5.