Clinical research: Asthma drugs do not increase risk of autism 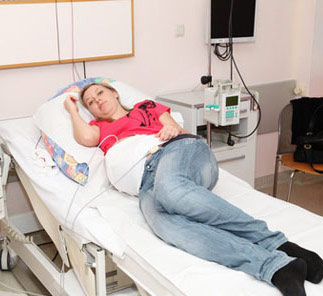 Adverse effects:  A commonly prescribed drug that prevents early labor could increase the risk of having a child with autism.

Pregnant women who take beta-2 adrenergic agonists, commonly prescribed to treat asthma, are no more likely to have a child with autism than are those who don’t take the drugs, according to a study published 27 August in the Journal of Neurodevelopmental Disorders1.

However, based on data from ten women, the study suggests that terbutaline, a beta-2 adrenergic agonist (B2 agonist) that is prescribed off-label to prevent early labor, may increase the risk of having a child with autism when taken for more than two days during the third trimester.

Studies show that terbutaline can cross both the placenta and the blood-brain barrier and lead to structural alterations in the brains of newborn rats2.

In 2010, researchers published a controversial review based on animal studies and preliminary epidemiology data that argued that taking B2 agonists during pregnancy ups the risk of having a child with autism.

The same data, published in the new study, rely on the Childhood Autism Perinatal Study, which tracks children born at Kaiser Permanente hospitals in Northern California between 1995 and 1999.

Of 291 women in the study who have a child with autism, 130 filled a prescription for B2 agonists compared with 101 of 284 controls. There is no evidence that taking the agonists either throughout the entire pregnancy or during a specific trimester increases the risk of developing autism.

However, 8 of the 291 women reported taking terbutaline for more than two days during their third trimester, compared with 2 of 283 controls.

The American Congress of Obstetricians and Gynecologists recommends against long-term use of terbutaline, saying it does not prevent pre-term labor3.

The results, although preliminary, suggest that researchers should look critically at the effects of terbutaline.