Clinical research: Antidepressant use in pregnancy linked to autism 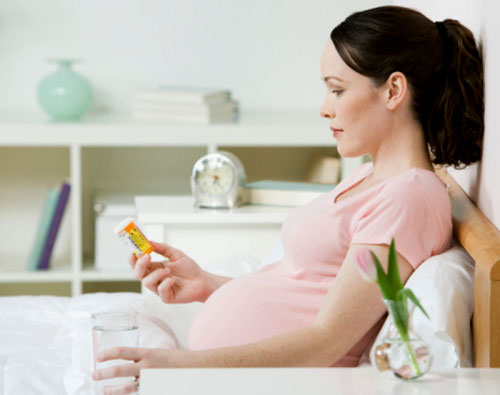 Social trends: Mothers of children with autism are likelier than average to be white, highly educated and older, and to take antidepressants.

Taking antidepressants while pregnant may slightly increase the risk of having a child with autism, reports a study published 4 July in the Archives of General Psychiatry1.

In the past few decades, autism diagnoses and use of antidepressants have both risen substantially, suggesting to some that the two may be related. The study looked in particular at use of the selective serotonin reuptake inhibitor (SSRI) class of antidepressants.

Serotonin, the target of popular SSRIs such as Prozac, is associated with autism. Individuals with autism are more likely than controls to have high levels of serotonin in their blood and lower-than-normal activity of a brain transporter that regulates serotonin levels.

Serotonin can also be absorbed through the placenta, although a study published earlier this year reported that placenta levels of serotonin are not related to the amount of serotonin in the mother’s blood2.

In the new study, 15 of 298 mothers of children diagnosed with autism reported taking SSRIs during their pregnancy, compared with only 37 of 1,507 mothers of controls. The study used health records from the Childhood Autism Perinatal Study, which tracks children born at Kaiser Permanente hospitals in Northern California between 1995 and 1999 and their mothers.

The mothers of affected children are more likely to be white, highly educated and older, factors also associated with an autism diagnosis. The link between autism and SSRIs holds up statistically when the researchers use these variables, as well as the child’s weight, sex and year of birth, to calculate the odds ratio.

Mental illness in parents, including depression, is also known to increase the risk of autism. The researchers included any incidence of depression or mental illness in the mothers in the year before giving birth when calculating the odds ratio.

However, when they restricted the study to the 25 mothers of children with autism and 99 controls who had a history of mental illness, the association between SSRIs and autism became statistically insignificant.

Mothers who actively treat their depression might generally be more likely to seek out a diagnosis of autism for their children, which could skew the results of the study. The researchers also did not confirm the children’s autism diagnoses.

Awareness of the disorder and access to health services are both believed to account for the increase in the number of reported cases of autism.

“The study does not in any way indicate cause, and people who are being treated right now should not stop treatment without discussing their situation with their doctor,” says lead researcher Lisa Croen, director of the Autism Research Program at Kaiser Permanente, a healthcare organization based in California. Her team is planning to validate and fine-tune the results in larger groups of people.