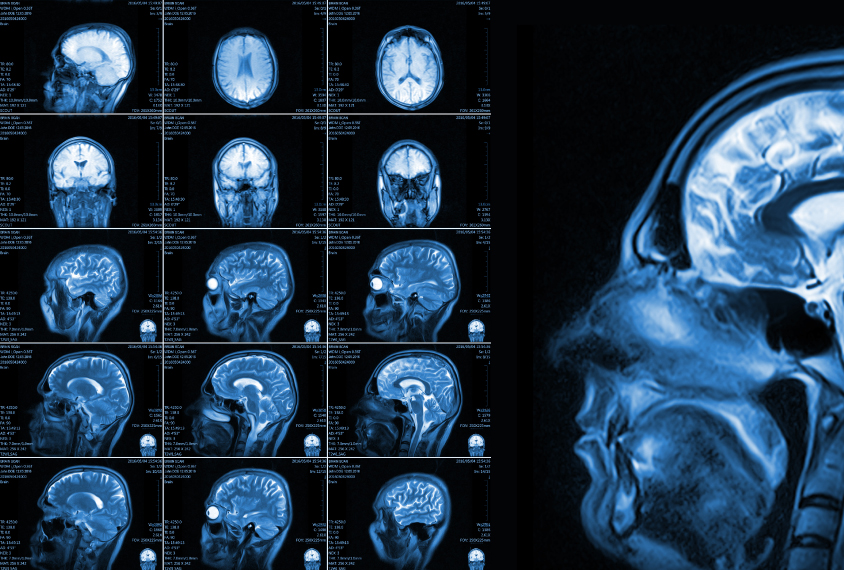 Structural change: How the brain’s surface area and cortical thickness develops over time for people with autism offers clues about the condition.

Autistic people who carry a duplication or deletion of the 22q11.2 chromosomal region have a distinct pattern of brain development from their non-autistic counterparts, according to a new longitudinal study.

Although both mutations, also called copy number variations (CNVs), increase a person’s likelihood of having autism, they have opposite effects on someone’s chances of having schizophrenia: The deletion ups it, whereas the duplication decreases it. The CNVs also lead to opposite changes in cortical thickness and surface area, previous research has shown.

But how these brain changes relate to either diagnosis, and how they come about in the first place, has been unclear, says Carrie Bearden, professor of psychology, psychiatry and biobehavioral sciences at the University of California, Los Angeles, who led the new work.

As it turns out, many brain regions develop differently between people with duplications and deletions, Bearden and her colleagues have found — and those trajectories also vary based on a person’s diagnosis.

“This represents one of the first major attempts to map dynamic brain changes in a CNV disorder over time,” says Armin Raznahan, chief of the section on developmental neurogenomics at the U.S. National Institute of Mental Health. “The findings suggest that the anatomical brain changes associated with 22q11.2 CNVs are not static but vary depending on when in development one is looking.”

Bearden and her colleagues collected magnetic resonance imaging (MRI) scans, between one and six times over 10 years, from 261 people: 84 people with a deletion, 34 with a duplication and 143 age and sex-matched controls, all ranging in age from 6 to 49 years. At each scan, the team calculated the average cortical thickness and surface area of regions within four lobes of the brain — frontal, temporal, occipital and parietal — and then mapped those measures over time.

The findings were published in July in Molecular Psychiatry.

The researchers were better able to see how brain growth differs within each group because of the modeling approach they used, which is gaining traction within the field, says Clara Moreau, postdoctoral researcher at the Institut Pasteur in Paris, France. “You can detect specific periods of time where changes are happening,” she says.

A link between autism and alterations in the brain’s surface area makes sense, Bearden says, because both have been attributed to atypical production of neural progenitor cells or premature cell death in early development.

The brain’s cortical thickness, on the other hand, seems to stem from how cells are organized within the neocortex, and how cell synapses are pruned later in life — which fits with the clinical picture of psychosis typically emerging in adolescence or early adulthood alongside significant cortical thinning.

The results also highlight the importance of studying genetic conditions longitudinally, says Ralda Nehme, associate director of the Stem Cell Program at the Stanley Center for Psychiatric Research at the Broad Institute in Cambridge, Massachusetts, who was not involved in the study.

“Looking across development reveals these differences that we hadn’t appreciated before,” she says. That suggests that researchers studying these CNVs in cellular models “shouldn’t only be looking at one specific cell stage,” she says.

Bearden and her colleagues plan to continue collecting data on the participants in their study and to recruit more participants as well.

“As we continue to add more data points, then it does give us the opportunity to look at some of these other variable traits,” including how interventions change these trajectories, Bearden says.