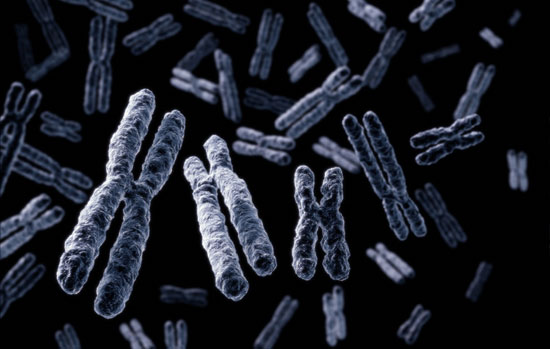 Copy number: Chromosomal deletions and duplications have been linked to a wide range of effects.

Small chromosomal changes found in about one percent of children with autism may manifest themselves as different neurological or psychiatric conditions in other individuals, according to a new study by Canadian researchers1.

The team set out to link clinical information to genetic data from six children who have deletions or duplications of a region on chromosome 16 called 16p11.2. Taking into account physical and clinical features, or phenotypes, of the children and their family members, the group identified five children, each diagnosed on the autism spectrum but with different clinical features, and a sixth child with developmental delay and features of autism.

On the basis of their observations in these six children, the researchers suggest that copy number variations (CNVs) in the 16p region result in autism and related conditions in some, and developmental delays, mental retardation, or even primary psychiatric conditions such as depression or bipolar disorder in others.

The results are not entirely surprising because chromosomal microduplications and microdeletions — which are too small to be detected microscopically — are increasingly being shown2 to produce a huge range of effects, not only in autism but in other conditions, notes Bradley Schaefer, a medical geneticist at the University of Arkansas who was not involved in the study.

Schaefer says unraveling the link between genetic patterns and phenotype is important because it might help identify subgroups of autistic individuals who would benefit from the same therapies.

The 16p locus spans more than half a million nucleotides and about two dozen genes. CNVs in the region have been detected in as many as one percent of individuals with autism spectrum disorders3,4 and have been linked to conditions such as schizophrenia5,6,mental retardation7 and intellectual disability not diagnosed as fragile X or other known syndromes8.

Although the autism results have been replicated in numerous studies, there has been little research on the clinical features associated with the 16p CNVs.

Last year, Fernandez and her colleagues published a paper in which they looked at more than 400 Canadian children with autism. They found that 44 percent of the families with a history of autism spectrum disorders have CNVs that are not present in control families, including some CNVs in the 16p region9.

Among the 427 children with autism in that study are 4 who have CNVs in the 16p region. The new study includes these four children as well as two others more recently identified with 16p CNVs.

Three of the children have de novo deletions or duplications, and the remaining three have 16p CNVs that were inherited from a parent.

Even when the parents carry the same CNV as their child who has autism, however, they do not necessarily show the same phenotype.

“The association between the CNVs and autism is real,” Fernandez says. “Unfortunately, it’s not very straightforward.”

For instance, one boy shares a deletion with his mother and brother. His mother had not previously been diagnosed with autism, but has mild mental retardation and dysmorphia. When the researchers tested her, they found that she does meet the criteria for autism spectrum disorders.

In another case, the team identified a girl who has developmental delays and autism-like features. But her father, who has the same microduplication, had previously been diagnosed with bipolar disorder rather than with autism.

The researchers also found some evidence that microdeletions at the 16p locus are more penetrant — more likely to have noticeable effects — than are microduplications.

Given their findings, they recommend genetic testing for all children diagnosed with autism and related conditions for 16p CNVs, and for similar changes across the genome. Fernandez’s team has routinely tested individuals with autism spectrum disorders for more than two years.

Schaefer and his colleagues also recommend genetic testing for children with autism and related conditions, though they advocate a three-tiered approach10: Children who have been diagnosed with autism should first get karyotype testing to identify large chromosomal abnormalities, followed by finer-scale genetic tests — such as microarrays — if the first-tier tests don’t explain the condition.

The third tier includes more expensive tests that the researchers believe should be reserved for people with autism for which no other genetic cause can be identified, such as tests for chromosome 15 methylation, targeted gene sequencing or magnetic resonance imaging of the brain.

Still, given the studies that are turning up autism-related CNVs across the genome, clinical microarrays should perhaps be considered a first- rather than a second-tier test, Schaefer says.