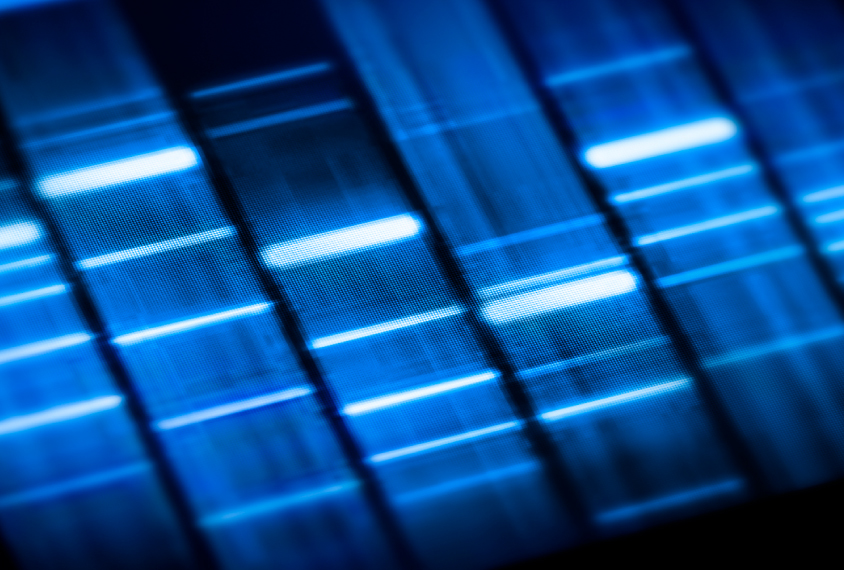 Common copies: With dropping costs, genetic testing is becoming more common, and reveals that duplication of 15q11-13 is the second most common chromosomal alteration in autism

About 1 in 500 children referred for genetic testing for undefined developmental delay, intellectual disability or autism have duplications of the 15q11-13 chromosomal region, according to a new analysis.

The findings suggest that duplications of 15q11-13 are the second most common large genetic alteration linked to autism after deletions or duplications of the 16p11.2 region. David Ledbetter, executive vice president and chief scientific officer of Geisinger Health System in Danville, Pennsylvania,described the findings 9 August at a conference organized by the Dup15qAlliance in Boston.

Extrapolating to the general population, Ledbetterestimates that the overall prevalence of this duplication is 1 in 12,000. “Lots of families out there,” he says.

Ledbetter’s findings, which are in press at Molecular Psychiatry1 are based on a total of 31,516 cases from two large published datasets2, 3 — Signature Genomics, a commercial clinical genomics lab, and the International Standards for Cytogenomic Arrays Consortium, a group of clinical cytogenetics and molecular genetics laboratories. The latter includes data from three autism repositories: the Autism Genetic Resource Exchange,the Autism Genome Project and the Simons Simplex Collection, which is funded by SFARI.org’s parent organization.  According to Ledbetter’s analysis, the 15q duplication is rarely found in controls.

There are two types of 15q duplications linked to autism — an interstitial duplication within the chromosome, and an isodicentric form, in which a duplication of the region makes up an extra chromosome.

Most research into the duplication syndrome has been focused on the isodicentric form, probably because these children have more severe symptoms and their parents are more likely to seek out specialist care.

But it appears that there may be a larger pool of children with the duplication, especially those who have the interstitial form, than researchers knew. Preliminary research on eight children with the interstitial form suggests that they have milder symptoms, including near-normal intelligence quotients, according to findings presented at the conference by Lawrence Reiter, associate professor of neurology at the University of Tennessee Health Science Center in Memphis.

Reiter said at the conference that he is surprised by the prevalence of the duplication given the difficulties he has had recruiting people for his studies.

It’s possible that many children who have the interstitial form don’t show up at clinics — or join research studies — because their symptoms are not severe enough for parents to persist through the 12-month waiting period often required to see a genetic specialist, said Ledbetter.

The numbers may also reflect the dropping costs and growing use of genetic tests among non-geneticists, especially for testing children with mild symptoms.

Based on the figures, the Dup15q Alliance aims to reach out to this untapped population and encourage them to participate in research. The nonprofit advocacy group is based in Fayetteville, New York, and was founded by families of children with the duplication.

Last year, the alliance launched a patient registry that now houses data from 243 families. Parents upload results of genetic tests, which are verified by a genetic counselor, and answer 143 questions about other symptoms, such as attention deficit disorder, heart and sleep problems.

About 41 percent of children in the registry have an autism diagnosis and 17 percent have pervasive developmental disorder-not otherwise specified, according to Kadi Luchsinger, executive director of the alliance.

Roughly half of the children have seizures, many experience frequent ear infections, and perhaps most curiously, 83 percent have an unusually high pain tolerance as reported by their parents.

The registry includes a researcher portal, which the organizers announced at the conference, in which scientists can explore the data collected to date. Researchers at the conference were intrigued by the pain tolerance, a characteristic that can be tested in mouse models relatively easily.