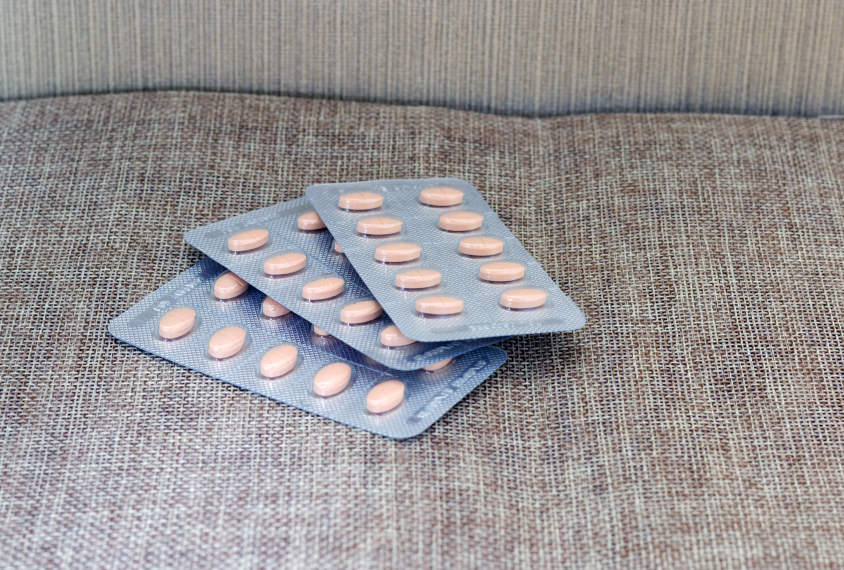 Dual purpose: A cholesterol-lowering drug disrupts the interaction between the RAS protein — a therapeutic target for fragile X syndrome — and the cell membrane.

A cholesterol-lowering drug called lovastatin prevents seizures in mice that model fragile X syndrome, according to a poster presented Sunday at the 2012 Society for Neuroscience annual meeting in New Orleans.

Lovastatin, which is marketed under several names, is safe for children to take, says Emily Osterweill, a postdoctoral fellow in Mark Bear’s lab at the Massachusetts Institute of Technology.

Researchers are investigating a number of drug targets for fragile X syndrome, many of which dampen the activity of mGluR5, a signaling molecule that sits at the cell surface. Shutting down mGluR5 signaling normalizes excess protein production that results from the loss of FMRP in individuals with the syndrome.

mGluR5 regulates signaling of the RAS protein, which directs a pathway that appears to be disrupted in many forms of autism. A 2010 study suggests that targeting a member of the RAS pathway can normalize many features of fragile X syndrome.

However, because mGluR5 and RAS each regulate so many other proteins, targeting them directly could have adverse effects, says Osterweill. RAS is tethered to the cell membrane by a fat molecule, so statins, which regulate production of this molecule, can dampen RAS activity.

When fragile X mice are startled by a loud noise, about 71 percent of them have seizures severe enough to kill them. Feeding them a low dose of lovastatin for two days brings that number down to 25 percent, says Osterweill. She found similar results in mice made with two different genetic backgrounds.

Injecting lovastatin into fragile X mouse brains before a loud noise prevents a seizure, but it does not stop the seizure once it has begun, suggesting that it prevents initiation of the neuronal hyperactivity that leads to seizures.

Preliminary results suggest that the drug will also alleviate other symptoms of the syndrome, Osterweill says.