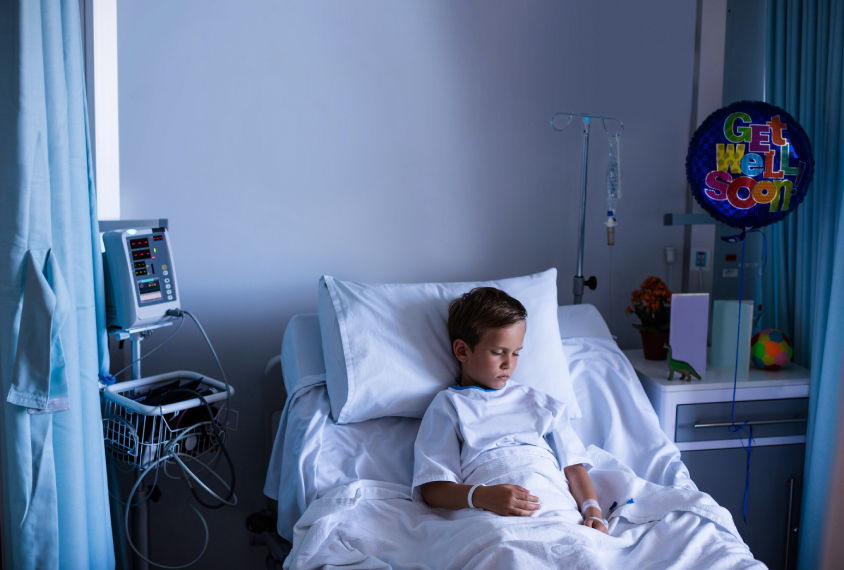 Intense insights: By studying hospitalized children with severe autism, researchers have found that sleep problems may affect the effectiveness of treatments.

This article was originally published 11 May 2018, based on preliminary data presented at the 2018 International Society for Autism Research annual meeting in Rotterdam, the Netherlands. We have updated the article following publication of some of the findings 10 December 2018 in the Journal of Autism and Developmental Disorders1. Updates appear below in brackets.

The proportion of studies that include children with a severe form of autism has fallen over the past three decades. Researchers presented the unpublished results today at the 2018 International Society for Autism Research annual meeting in Rotterdam, the Netherlands.

Even though the overall number of studies that include these children has increased during that time period, the finding still suggests they are not getting the attention they deserve.

“That’s concerning,” says lead investigator Matthew Siegel, associate professor of psychiatry and pediatrics at Tufts University in Boston, who presented the findings. “We don’t see as much focus on this group.”

There is no standard definition for severe autism, but it often involves a low intelligence quotient (IQ), little or no speech, or difficulty performing everyday tasks. About one in three people with autism has a severe form of the condition.

Still, few studies have focused on the difficulties these individuals may face — and even fewer have assessed their involvement in research.

“People make this statement frequently that people who are severely affected by autism are severely understudied,” Siegel says. “But it hasn’t really been looked at empirically very much.”

Siegel and his colleagues searched for studies of autism treatments published [from January 1991 to March 2013]. They focused on 367 studies that include at least two children with an autism diagnosis.

“That’s probably the most clinically relevant literature,” Siegel says. “And treatment studies are probably the hardest studies to bring more severely affected people into, potentially.” That’s because, he says, such studies often require multiple visits to the research center.

Siegel and his colleagues analyzed data from the studies pertaining to IQ scores, communication abilities and adaptive behavior — the ability to function independently. They considered a study as including children with severe autism if any of the participants had intellectual disability, communication impairment or adaptive impairment, or met established cutoffs for these categories based on standardized tests.

“The thing that blew me away was only 42 percent of the studies reported on communication,” Siegel says. “So you’re going to publish a study in autism, where communication is one of the two core deficits, and there’s no reporting on the communication ability; that was really stunning to me.”

Siegel’s team then split the studies into five groups based on the year of publication. They found that 95 percent of the 20 studies published from 1991 to 1994 included participants with severe autism. By contrast, only about 35 percent of the 116 published from 2010 to 2013 included them. [Across all years examined, the likelihood of severely affected children being included in studies decreased by 16.5 percent.]

Siegel says the decrease may reflect the shift in autism diagnoses over the past 30 years: Changes to the diagnostic criteria have increased the proportion of children with autism on the milder end of the spectrum. “I think that explains a lot,” he says.

Children with severe autism may also be underrepresented in research simply because it is difficult for them to participate.

“The families are very stressed,” he says, and may find it difficult to adhere to the study requirements, such as repeat visits to a clinic for evaluation.

However, by not studying people with severe autism, researchers may miss out on key insights. For example, Siegel’s team has unpublished data suggesting that children who wake most often at night have the most difficulty regulating their emotions.

The team recorded sleep disturbances in 144 children with severe autism who had been hospitalized. The children are part of the Autism Inpatient Collection, a group of children who have visited any of six hospitals in the United States.

The researchers monitored the children’s sleep every 15 minutes each night at the hospital. They recorded the children as being awake if their eyes were open.

“Theoretically, they should be well regulated [at discharge], but they’re not all well regulated,” Siegel says. “That means that, as clinicians, we better pay more attention to sleep.”

The same pattern may be true for other children with autism, but sleep studies are easier to conduct in children at a hospital — who often tend to be severely affected.