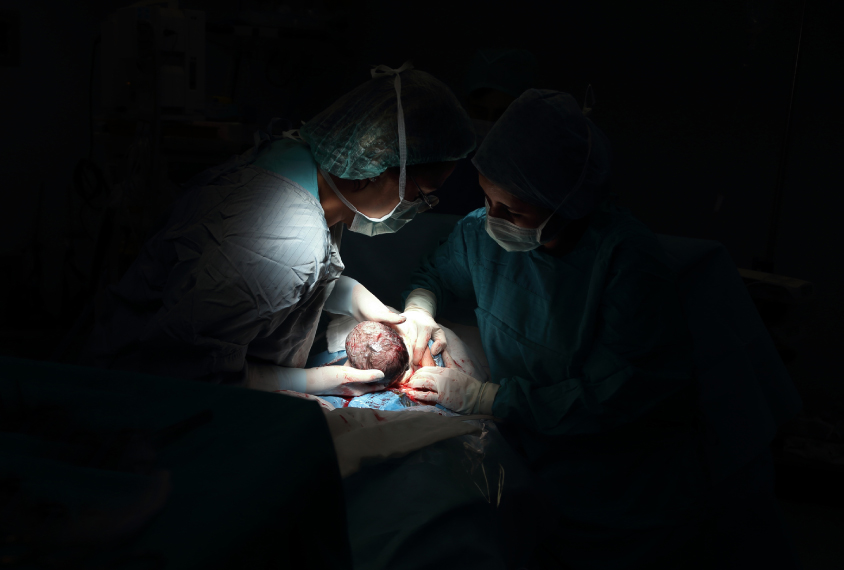 Family ties: Siblings who are born via C-section or vaginal delivery have a similar likelihood of being diagnosed with autism.

Children born by cesarean delivery (C-section) appear to have a slightly increased chance of having autism, but the procedure itself does not underlie the association, a new study suggests. More likely, the link stems from environmental and genetic factors that contribute to both the need for a C-section and the likelihood of having autism, but that are difficult to measure.

A possible connection between autism and C-sections has been bandied about for nearly two decades. A 2019 meta-analysis involving more than 20 million people reported that children delivered via C-section were about 30 percent more likely to be diagnosed with autism than those born vaginally.

But the mechanisms behind the link are not clear. Some researchers have proposed that babies who bypass the birth canal are not exposed to essential bacteria that could shape brain development. Others contend that because siblings of children born by C-section are just as likely to be diagnosed with autism, the association is not causal but arises from a shared root.

“There could be a number of factors that make a woman more inclined to have a C-section, and some of those same factors may also make her more likely to have a child with autism,” says Ali Khashan, senior lecturer in epidemiology and public health at University College Cork in Ireland, who was not involved in the study.

The new study, based on data from more than 1 million births, replicates previous findings that siblings of children born by C-section are just as likely to be diagnosed with autism, and extends them to multiple other neurodevelopmental conditions, including intellectual disability and attention deficit hyperactive disorder (ADHD). It also shows that the same pattern holds, but to a lesser degree, for half-siblings and cousins, providing further evidence that C-sections are unlikely to cause the conditions.

Past studies into the links between C-section and neurodevelopmental conditions have typically focused on one condition at a time, says Brian Lee, associate professor of epidemiology and biostatistics at Drexel University in Philadelphia, Pennsylvania, who was not involved in the work. “This [study] puts them all together into one manuscript. You get a unified framework for analysis.”

The bottom line of the new work is that “cesarean deliveries should continue to be performed when medically required,” says lead researcher Lorena Fernández de la Cruz, clinical psychologist and senior researcher at the Karolinksa Institutet in Stockholm, Sweden.

Children born via planned C-section, typically for medical reasons, were 20 percent more likely to be diagnosed with one of the conditions compared with those who were born vaginally, the team found after controlling for a child’s sex and birth year. Children born via unplanned C-section, which may happen if complications arise during labor, were 17 percent more likely to have one of the conditions.

Those associations remained similar for both groups after controlling for other information, such as the child’s gestational age at birth, the age of the parents, whether the mother smoked during the pregnancy, and whether either parent had a history of psychiatric conditions.

Adding in controls for the mother’s health and possible birth complications, such as hypertension, diabetes, infections and preeclampsia, weakened the association slightly, suggesting that these factors might explain a small portion, but not all, of the link. But children born via C-section were still more likely to be diagnosed with ADHD and intellectual disability, the team found. And children born via a planned C-section were still 20 percent more likely to be diagnosed with autism.

All of the associations disappeared, however, once the researchers included data about siblings, the researchers found. The findings were published earlier this month in JAMA Network Open.

“The less shared, the less confounding [factors] can be taken away when you compare them,” says study investigator Tianyang Zhang, a graduate student in Fernández de la Cruz’s lab.

Though the study was not designed to home in on specific factors that contribute to the familial effect, it’s possible that something difficult to measure but constant across a woman’s pregnancies, such as physical exercise, diet or undiagnosed mental health conditions, could play a role, Khashan says.

“We know, for example, that psychiatric illness increases the likelihood of [having a child with] autism, not to mention many other psychiatric disorders,” Lee says.

However, it would be difficult to identify any single underlying factor without a randomized controlled trial, Khashan says, which for ethical reasons is unlikely to happen.

A more feasible next step for the researchers would be to replicate the findings in other cohorts from other countries that have different C-section rates, Zhang says. About 18 percent of Swedish deliveries are C-sections, compared with about 30 percent in the United States.

“This relatively low percentage may indicate that the majority of [Swedish] C-section births were performed due to strict medical reasons,” Zhang says, which could affect the results.