Certain patterns of brain waves in babies may forecast autism 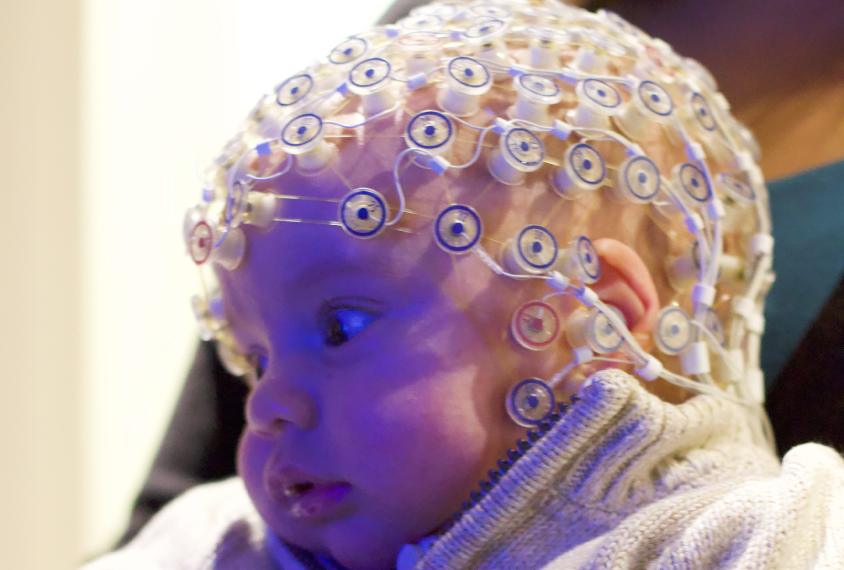 Power play: Some babies with autism show unusually steep increases over time in the power of delta waves.

Brain activity patterns in the first year of life may predict autism in infants at high risk for the condition, a new study suggests1.

“Our predictive models worked best when confined to the first year of life, which suggests that this period of time may represent a critical period of brain development,” says lead investigator Charles Nelson, research director in the division of developmental medicine at Boston Children’s Hospital.

EEG signals have previously been found to distinguish infants with increased odds of having autism2. A study published in August, for example, reported potential EEG markers of autism in infants with tuberous sclerosis, a related condition.

The new work focuses on ‘baby sibs,’ infants who have an older sibling with autism and are therefore at increased risk for the condition. Nelson’s team took EEG measures over three years in the same children, a key strength of the study, experts say.

“It’s very commendable that they are taking the time and effort to do what we all need more of, which is longitudinal studies,” says Ashura Buckley, a pediatric neurologist at the National Institute of Mental Health, who was not involved in the study.

By identifying infants who are relatively likely to be diagnosed with autism, the work may give them access to early intervention.

“We know that differences are emerging early; now we want to see if we can leverage those differences” to create a predictive tool, says Laurel Gabard-Durnam, a postdoctoral researcher in Nelson’s lab.

The researchers used EEG to record brain activity in 102 baby sibs and 69 typical infants. They recorded brain waves at six frequencies for two to five minutes while the babies sat with their caregivers.

The team collected data from each infant at 3, 6, 9, 12, 18, 24 and 36 months of age. At 36 months, they evaluated the children for autism using the Autism Diagnostic Observation Schedule. They diagnosed 31 of the baby sibs, and none of the controls, with autism.

Infancy is a key period for brain development, and collecting data across that first year — rather than at just one point in time — is valuable, says Amy Van Hecke, associate professor of psychology at Marquette University in Milwaukee, Wisconson, who was not involved in the study.

The reason that the patterns are less predictive of autism after the first year, the researchers say, may be that the brain activity of older children shows more pronounced individual differences, making the patterns specific to autism harder to see.

The team is collecting data from another 400 infants, including those with related conditions, to see whether the method can distinguish autism from those conditions.