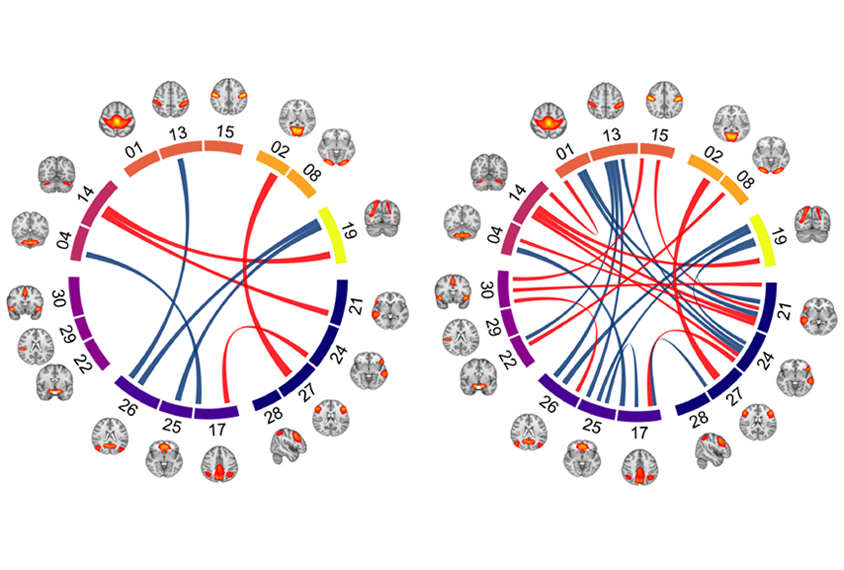 Young autistic children and those with prominent traits tend to be excluded from functional magnetic resonance imaging (fMRI) studies because they move their head too much during scans, according to new research.

The findings suggest that the results of autism imaging studies are biased, says Mary Nebel, the study’s lead researcher and research scientist at the Kennedy Krieger Institute in Baltimore, Maryland.

Because researchers often throw out fMRI data from participants whose movements exceed a threshold, “we know we’re capturing some nonrepresentative subsets of children who have an autism diagnosis,” says Kami Koldewyn, reader in psychology at Bangor University in Gwynedd, Wales, who was not involved in the work.

“It’s really nice to see that kind of confirmation of something that, to a certain extent, we all know in the field,” she says of the new work.

Nebel and her colleagues analyzed resting-state fMRI scans from 545 children aged 8 to 13. None of the children have intellectual disability, and 148 of the 173 autistic children are boys. The researchers also measured the children’s traits of autism and attention-deficit/hyperactivity disorder using the Autism Diagnostic Observation Schedule and standard parent questionnaires.

Excluded children tended to be younger and to have more prominent cognitive and social difficulties, and poorer motor control. Each factor related to differences in functional connectivity, the researchers found, supporting their hypothesis that patterns in the types of participants excluded from fMRI datasets could bias the conclusions scientists draw about connectivity in the brains of people with autism. The work was published in May in NeuroImage.

Causal inference, a way of analyzing data, can help correct bias in large observational studies in which “missing data is a big problem,” Nebel says.

The two-pronged approach essentially served to increase the weight of usable data from underrepresented children in the sample, Nebel says. “Once you fit the model, you can extrapolate to make predictions about children who didn’t have usable functional connectivity data.”

For the fMRI data collected using the less selective motion criteria, the bias corrections were small, the authors wrote. The stricter criteria resulted in too few autistic children with usable data, so they were unable to test their approach. The stricter criteria would likely have introduced a larger bias and therefore resulted in larger bias corrections using their approach, Nebel and her colleagues wrote.

“It’s a really important paper,” says Max Bertolero, a former research scientist who is a neuroinformatics software architect at Nous Imaging, a medical imaging software company based in Missouri. “Even if that’s not the final solution, they at least propose something and see how well it works.” Bertolero was not involved in the study.

Still, “there’s quite a bit of evidence in the field that kids with autism are pretty idiosyncratic,” Koldewyn says. When it comes to brain changes, researchers have to make an assumption that the relationships between functional connectivity and other traits of high-motion children who make it through quality control will be the same across subsets. “We don’t know that,” she says.

Although approaches such as those of Nebel and her team are novel and important, they don’t take the place of efforts to reduce motion during fMRI studies in the first place, Bertolero says. “It can be part of a tool kit of dealing with motion besides collecting more data, which is very expensive.”

Nous Imaging, for example, has had some success by combining biofeedback and engaging games to help participants stay still in an fMRI machine. Koldewyn, too, has found that short breaks over the course of the imaging can reduce how much a participant moves during the scans.

Post-imaging approaches and strategies to reduce motion during imaging are both important, Nebel says, not only for children with autism, but also for people with other conditions who are prone to moving during scans.