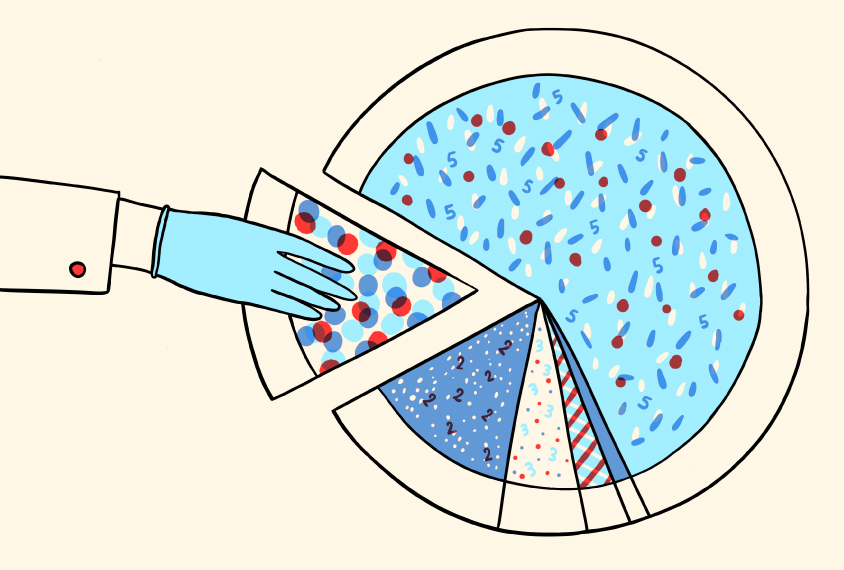 Welcome back to By the Numbers, the newsletter that wields charts and numbers to highlight emerging autism research. In this issue: The services cliff is steepest for social-skills training, a recent analysis shows, and the daily hospital costs for autistic children are slightly lower than for children with another neurodevelopmental condition. Also, co-occurring autism and attention deficit hyperactivity disorder (ADHD) appear to be more common amongst publicly insured children than in privately insured children.

I’ll be at the annual meeting of the International Society for Autism Research (INSAR) in Austin, Texas, next month. If you’d like to chat about autism, data or a mixture of the two, send me a message at [email protected].

As autistic children age, it becomes increasingly difficult for them to access services — particularly once they reach adulthood; this autism ‘services cliff’ is well documented, but service needs vary from one person to the next. More than 45 percent of young adults aged 22 to 30 are missing out on social-skills training, according to a new study. And other service needs rise with age: 18 percent of autistic adults older than 30 report an unmet need for physical therapy.

Published in Administration and Policy in Mental Health and Mental Health Services Research in March, the paper included survey responses, collected in 2017 and 2018, from 5,792 caregivers of autistic children and adults.

In the past 10 years or so, according to the study, autistic people have had access to fewer services overall, but their service needs have increased.

Autistic children go to the hospital primarily for treatment of mood disorders or epilepsy, according to a new study. Autistic people pay less, on average, for each day they spend in the hospital compared with children who have other mental or neurodevelopmental conditions — $2,285 versus $2,408, respectively.

Published in Pediatrics in April, the study drew upon data from the 2017 National Inpatient Sample, which is the largest public dataset for inpatient visits in the United States and includes more than 7 million records. Physical injuries were the costliest reason for a hospital visit, averaging $4,320 per day for autistic children.

Black children, as well as those who are privately insured, are less likely to have co-occurring autism and attention deficit hyperactivity disorder (ADHD) than white children and those who are publicly insured, according to a new study. That observation emerged only after controlling for covariables such as family income, educational attainment and age. The results are probably due to disparities in medical access and diagnoses, the researchers say.

The study, published in Autism in April, looked at data from more than 88,000 children, aged 3 to 17 years, whose information was included in the 2016-2018 National Survey of Children’s Health.