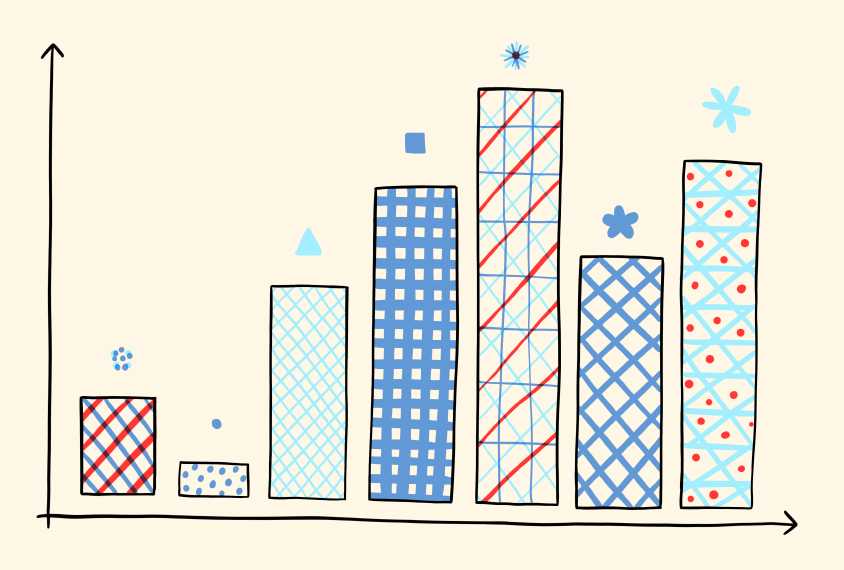 In this issue of Spectrum’s data-centric newsletter: Rates of mental health diagnoses have jumped over the past 50 years, and psychotropic drug prescriptions are more common for autistic children taking melatonin. Also, a Spectrum analysis scrutinizes the gender gap in academic publishing. Let us know what you think about this newsletter at [email protected]. Thanks for reading.

Diagnoses for anxiety, depression and autism have jumped in the past 50 years. At least part of that increase directly reflects changes to the criteria for the conditions in the International Classification of Diseases (ICD), according to a recent study, as well as “earlier detection and increased reporting of child-onset conditions.”

The analysis, published in Acta Psychiatrica Scandinavica in February, included data on diagnoses for more than two dozen conditions among more than 9 million people living in Denmark between 1970 and 2016. The incidence rate for all the conditions more than doubled, on average, during the study period.

What’s more, the age at diagnosis also slid downward. Across all conditions, the median age at diagnosis shifted from about 50 years old in 1970 to about 20 years in 2016, according to the study.

Nearly 30 percent of children with both autism and attention deficit hyperactivity disorder (ADHD) took melatonin in 2019. And autistic children who took melatonin had higher odds of polypharmacy — taking multiple psychotropic medications — than those who did not take melatonin.

The data are based on more than 1 million children from birth to 18 years old living in New Zealand. More than 10,200 of these children are autistic; 5,970 have ADHD; and about 2,000 have both conditions. Doctors prescribed risperidone to children with both autism and ADHD more than twice as often as to children with either condition alone.

The study was published in Research in Autism Spectrum Disorders in March.

About 48 percent of editors of autism-specific journals are women, according to a Spectrum analysis. For neuroscience journals, the fraction is far lower, at just 30 percent, according to a study published in February in Nature Neuroscience.

A first step toward parity is to quantify these gaps, says lead investigator Eleanor Palser, a postdoctoral scholar in neurology at the University of California, San Francisco. “We need to know the scope of the problem, or if there even is one, before we can remediate it,” she says.