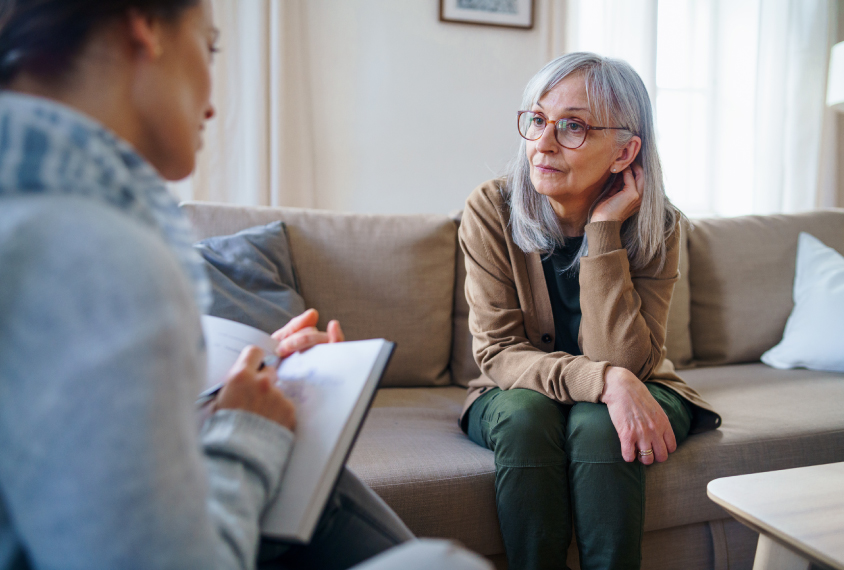 Cognitive test: A measure of water in the hippocampus tracks with declines in visual memory in autistic people.

A scan of the hippocampus, the brain’s memory center, may help identify autistic people who are particularly vulnerable to forgetting visual details as they get older, according to unpublished research presented yesterday at Neuroscience 2022 in San Diego, California.

The findings come from one of a pair of analyses presented at the conference from a long-term, comprehensive study of aging in autism.

“The goal of this venture we started out on about eight years ago now is to understand if aging affects autistic people similarly or differently” than neurotypical people, says study leader B. Blair Braden, director of the Autism and Brain Aging Laboratory at Arizona State University in Tempe.

Braden and her team have been scanning the brains of autistic people aged 40 and older and administering a battery of cognitive tests every two years. “We collect lots of data,” she says.

Relatively little research has looked into how autistic adults fare as they get older, a growing area of interest. Braden wants to find ways to use brain scan data to identify autistic people who have an increased risk of cognitive problems as they age.

In the poster Braden presented yesterday, she and her colleagues analyzed brain scans, collected at multiple time points, of 25 autistic people and 25 controls between the ages of 40 and 70. They paired this with data from a test in which the participants viewed a complex, abstract image and then drew it from memory immediately after seeing it and again 30 minutes later.

This test assesses visual memory, which is important for everyday tasks such as remembering where you parked your car or put down your keys, Braden says.

Long-term visual memory — as assessed by the 30-minute drawing — declined faster in adults with autism than in controls, the researchers found.

The hippocampus typically shrinks as memory declines with age. But hippocampus size didn’t track with the visual-memory changes Braden’s team measured. Instead, people with higher hippocampal free-water values — a measure that reflects the movement of water within a brain structure and is known to pick up early age-related changes in memory — at the beginning of the study were likely to experience greater declines in visual memory as the study went on.

“It’s our first success in finding a brain biomarker that correlates with future memory decline,” Braden says. “We finally had enough data to get a picture of what was happening over time within the same people.”

In a second analysis, presented in a poster on Sunday, Braden’s team analyzed data from a test of verbal fluency — the ability to produce words — in 114 people with autism and 92 controls ranging in age from 18 to 71 years old.

During the test, the participants had one minute to say as many words as they could think of, either beginning with a particular letter or belonging to a particular category (for example, animals). People with autism produced fewer letter words during the first 30 seconds of the test and fewer category words overall, especially during the last 30 seconds, compared with controls.

There were no differences between autistic people and controls in patterns of age-related changes, however. The findings suggest that autistic people have “persistent challenges” with verbal fluency, Braden says, though not necessarily an accelerated decline in this skill as they age.

But other patterns are likely to emerge from the data, and the picture may change with time. How long will the study run? “I would like to do it my whole career,” Braden says.