Brain responses to social stimuli may vary by sex in autism 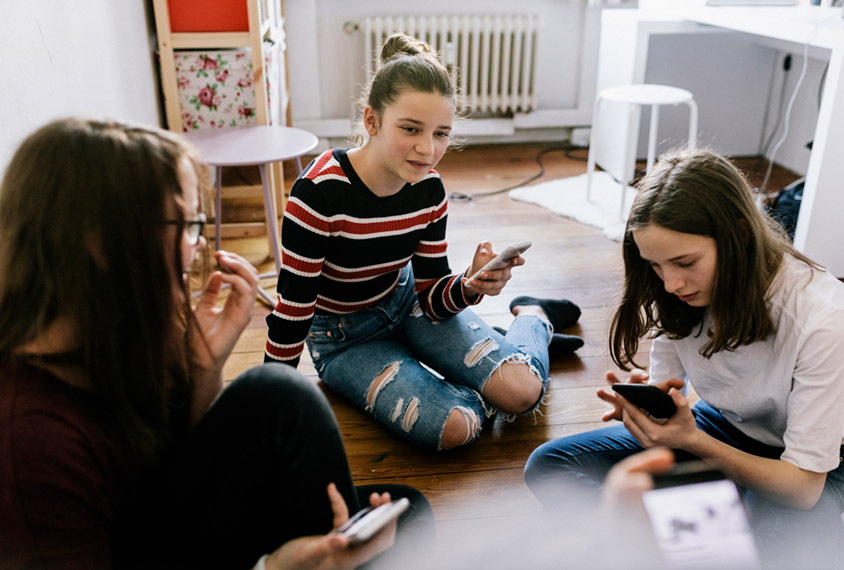 Social skills: Autistic girls may camouflage their traits better than autistic boys because of sex differences in the brain's reward system.

Autistic girls may find social interaction more rewarding than autistic boys do, according to a new study focused on the brain’s reward system1.

“It may be a critical variable that can influence the way girls with autism present as opposed to boys,” says lead investigator Mirella Dapretto, professor of psychiatry and biobehavioral studies at the University of California, Los Angeles.

Previous studies have found that the brain’s reward system does not react strongly to social stimuli in people with autism in general, suggesting that they find social interaction less rewarding than typical people do. But much of that work has been done in boys: Across 13 studies, for example, 90 percent of the study participants were boys or men, according to a 2018 review2.

The new findings, published 2 June in Translational Psychiatry, suggest the response is different in autistic girls.

The study is “remarkable,” says John Herrington, assistant professor of child and adolescent psychiatry and behavioral sciences at the University of Pennsylvania in Philadelphia, who worked on the 2018 review and was not involved in the new work. Researchers have long wondered whether autistic girls have different social challenges than autistic boys do, he says, but this is the first study to examine the question from a neurobiological perspective.

Another study by Dapretto’s team, published in April in Cerebral Cortex, reveals sex differences in connectivity between brain networks in autistic children3. Together, the studies lend support to the idea that girls and boys experience autism in distinct ways, underscoring the need to represent both sexes in autism investigations, researchers say.

Boys are diagnosed with autism roughly four times more often than girls are, making it difficult for researchers to recruit autistic girls for their studies. To address this, Dapretto co-leads a consortium of researchers at four sites across the United States who gather and compile brain imaging data from both sexes.

For the June study, she and her colleagues scanned the brains of 43 boys and 39 girls with autism, as well as 39 boys and 33 girls without autism, all 8 to 17 years old. While in the scanner, the children were asked to arbitrarily place images of fractals into one of two groups, after which they received feedback to help them learn the correct group for each fractal. Sometimes the feedback included text and images of smiling or frowning faces, and other times only text.

Compared with neurotypical girls, the autistic girls show stronger responses to social feedback in other regions of the brain, including parts of the frontal cortex and insula. The latter is also active during reward processing.

The findings indicate that social feedback could be a particularly effective component of therapies tailored for autistic girls, Dapretto says.

The work may also help to explain how some girls disguise their autism traits — a phenomenon known as camouflaging. If girls find social interactions more rewarding than boys do, some may be better able to compensate for social difficulties, says Tal Kenet, associate professor of neurology at Harvard University, who was not involved in the work.

In the April study, Dapretto’s team probed sex differences in connectivity. Using functional magnetic resonance imaging, they compared connectivity within and between three brain networks: the central executive network, involved in executive function and decision-making; the default mode network, thought to relate to social cognition; and the salience network, which filters out irrelevant sensory information and modulates the other two networks.

They measured the strength of these connections in 169 autistic and neurotypical children, aged 8 to 17, taken from the same research cohort they used in the June study. The autistic group contained 46 girls and 34 boys; the typical group had 48 girls and 41 boys.

Among autistic children, girls have stronger connectivity between the default mode and central executive networks than boys do, the study shows. Weaker connectivity between these two networks is associated with stronger ‘executive function,’ a set of cognitive abilities that allow a person to make and execute plans and control their emotions. Previous work has suggested that autistic girls and boys have different challenges with executive function4.

By contrast, among controls, boys and girls differ in the salience network only, with boys showing stronger connectivity within the network than girls.

The study is an important first step toward answering “long overdue” questions about sex differences in connectivity in autistic people, says Damien Fair, director of the Masonic Institute for the Developing Brain in Minneapolis, Minnesota, who was not involved in the research.

The divide “has not received the attention it deserves,” Fair says.

“It’s one thing to find different neural signatures,” he says. “It’s something else to pinpoint precisely what they mean.”