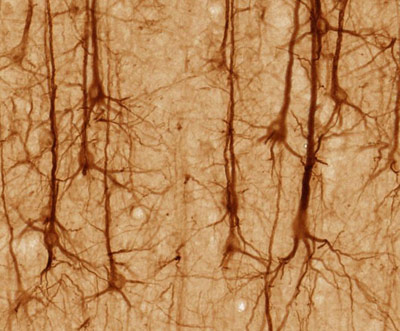 Three decades of research on anatomical changes in the brains of individuals with autism has yielded few if any consistent patterns. The field needs an overhaul of the methods used, researchers said at a symposium Wednesday at the 2013 Society for Neuroscience annual meeting in San Diego.

Studies of brain anatomy in autism have relied on either postmortem tissue or brain imaging, and tested people of all ages with a wide spectrum of social, cognitive and sensory impairments. Perhaps not surprisingly, they have reported a dizzying array of autism ‘signatures.’

At the symposium, researchers added yet more findings to the mix. Nicole Barger, a postdoctoral fellow in Cynthia Schumann’s laboratory at the M.I.N.D. Institute of the University of California, Davis, reported preliminary data on subdivisions of the amygdala, a deep region involved in processing emotions.

Looking at 16 people with autism between the ages of 4 and 44 years, Barger’s group found that the number of neurons in an amygdala region called the lateral nucleus steadily decreased with age. This relationship is “highly significant,” Barger said, and did not appear in 15 controls.

The researchers did not find any significant differences in neuron number between children with autism and controls, however. This was unexpected, Barger says, because in 2004 Schumann and her colleagues reported that children with autism have more rapid amygdala growth than controls do until around age 12.

The symposium’s moderator, Efrain Azmitia, a neuroanatomist at New York University, asked the audience of researchers what they made of these seemingly contradictory findings. “It’s almost like a new type of thinking has to begin to take place in the field to make sense of this very large number of changes that people are reporting,” he said.

“A lot of the recent literature is pointing more and more toward autism as a very large distributed disorder,” said Eric London of the New York State Institute for Basic Research in Developmental Disabilities, in Staten Island. Although the field seems to have “tunnel vision” about the social and communicative problems in autism, the disorder is also characterized by anxiety and sensory and motor problems. “Until we start accepting these data and working it into our working definitions, I think we’re in some degree of trouble,” he said.

Matthew Mosconi of the University of Texas Southwestern, in Dallas, agreed wholeheartedly with this point. “There’s tremendous variation in everything we can measure in this population,” Mosconi said. “Until we can measure them precisely and reliably, I think we’re going to be slowed in terms of our progress.”

It is also important to compare the behaviors of children who have autism with those of children with related disorders, said Sarah Haigh, a postdoctoral fellow in Marlene Behrmann’s laboratory at Carnegie Mellon University in Pittsburgh. Earlier in the symposium Haigh had presented unpublished data showing that individuals with autism are quite variable in their perceptions of how rough or smooth a certain surface is, echoing the noisiness seen in areas of their brain that process sensory information.

“One of the criticisms that’s quite often thrown back at the studies I’ve been doing is, is this greater sensory variability specific to autism?” Haigh said. It may be that many of these behavioral markers “are just symptomatic of psychiatric disorders in general.”

Azmitia suggested that technology may help parse some of the befuddling findings. For example, an online resource presented at the symposium called the Autism Imaging Database, or AutID, aims to collect and annotate the hundreds of peer-reviewed brain imaging studies related to autism.

So far the database is up to date on all studies using diffusion tensor imaging and magnetic resonance spectroscopy, and its creators are working on adding results from other imaging technologies.