Brain expands too fast, shrinks too soon in autism 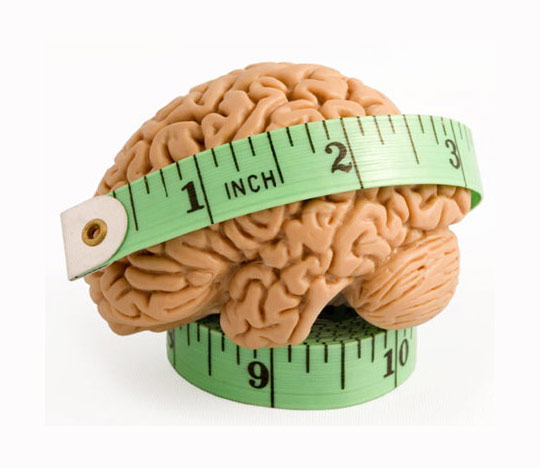 Brain drain: Overall brain volume decreases and the cortex thins at a faster-than-normal rate in young adults with autism.

The brains of people with autism show three distinct periods of abnormal development — overgrowth in infancy, prematurely arrested growth in childhood, and shrinking between adolescence and middle age — according to a study published online in October in Brain Research, and part of a forthcoming special issue on autism1.

With more than 250 participants with autism ranging in age from 2 to 50 and an equal number of controls, this is the largest imaging study to date of brain volume in people with autism.

Brain volume in boys and girls with autism peaks in early childhood, around age 4, after a period of abnormally fast overgrowth, the researchers say. In adolescence, the brain begins to shrink, a process that continues at a faster-than-normal rate throughout adulthood. By midlife, the brains of people with autism are slightly smaller than average.

“Autism is a continuously changing picture in terms of brain structure and function across the lifespan, ” says lead investigator Eric Courchesne, director of the Autism Center of Excellence at the University of California, San Diego. “A snapshot at any given age is crucial for understanding that particular age, but may not tell us what’s happening at another age, older or younger.”

The findings jibe with those of a narrower study carried out by researchers at the National Institute of Mental Health (NIMH), published in Brain in October. That study showed a significantly thinner cortex in a group of 40 males aged 12 to 24 years with high-functioning autism2.

Over the past decade, multiple studies have pointed to an abnormal growth trajectory in the brains of young children with autism.

In 2001, Courchesne and colleagues first reported brain enlargement in 2- to 4-year-old children with autism, and slightly smaller overall brain volumes in 12- to 16-year-olds3. They confirmed the early brain overgrowth in young children using meta-analyses of magnetic resonance imaging (MRI) and postmortem brain studies4.

The early overgrowth is thought to be responsible for the larger head size sometimes observed in children with autism. Children with autism do not usually have bigger heads at birth — the enlargement begins in the first two years of life and ceases by age 3 or 4, according to Courchesne and others5.

A new report, published in the February issue of Pediatric Neurology, challenges these findings. Working with data from the Early Childhood Longitudinal Study Birth Cohort a U.S. Department of Education initiative, researchers at Baylor University in Texas looked at head circumference in 9,000 children born in the U.S. in 20016.

They found no indications of macrocephaly — head circumference greater than two standard deviations from the average — in the 100 children diagnosed with autism by age 3 in the sample. At 9 months of age, the researchers observed a slight bump in head size, but it did not achieve statistical significance.

“Past studies maybe haven’t been as large, and [have] been more clinic-based rather than [based on] a broader population,” says Julie Ivey-Hatz, professor and director of the Baylor Autism Resource Center for Central Texas and a senior investigator on the study. “Large data sets and sample sizes have a little more power.”

Courchesne says the Baylor study is flawed by methodological weaknesses that may have skewed the findings. For example, children were assigned to the autism category based solely on a parent’s report that a “professional” had diagnosed the child with autism.

“This low bar for inclusion makes it highly likely that the true diagnoses of subjects in this group reflect a wide assortment of conditions, including typical children with social awkwardness or those with just a language delay thought by some unskilled professional to be autistic,” Courchesne says.

In typically developing children, the cortex — layered neural tissue that plays a key role in memory, attention, language and consciousness — thickens steadily from age 5 or 6 through puberty, as their brains forge new connections through learning and experience. In this same period, brain growth prematurely halts in children with autism. In both groups, the cortex thins with age, but in people with autism that process begins sooner and appears to advance more rapidly.

The NIHM study found thinning of the cortex in adolescents, beginning at around age 15 and accelerating at 17. “This thinning is happening earlier [than in healthy controls],” says Gregory L. Wallace, research fellow in the NIMH’s laboratory of brain and cognition.

The results are especially pronounced in the temporal and parietal cortex, he says, areas involved in processing language and sensory information. In participants aged 20 and above, the researchers also saw more thinning in the left fusiform gyri, a brain region involved in face recognition and perception of emotion in faces.

The 41 young adult males with autism and 41 healthy controls in the study all have intelligence quotients of about 85. “We only looked at high-functioning individuals so we wouldn’t have any concerns about intellectual disability affecting whatever trajectory or patterns we found,” Wallace says.

Wallace and Courchesne both note that although MRI studies are helpful in revealing broad trends, they cannot reveal specifics about the abnormal growth trajectories. “MRI gets higher and higher resolution, but it’s still a blunt measure,” says Wallace. “We’re not imaging at the level of neurons. We’re not even close.”

Courchesne says postmortem studies provide the only reliable resource for discovering the molecular processes that drive the skewed growth trajectories — and for resolving some of the discrepancies in the different studies.

“I know of no medical disease that’s made advances without knowing the fundamental molecular and genetic properties of the tissue that’s abnormal,” he says. “In autism, that’s the brain.”