Brain biomarkers of autism may vary by genetic cause 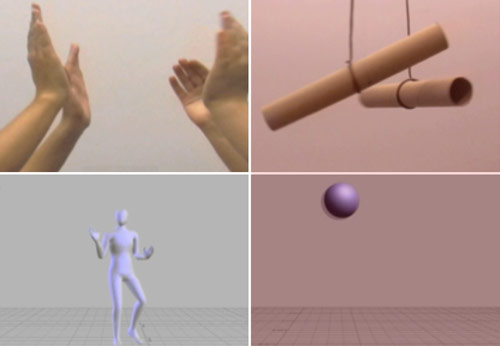 People with different genetic forms of autism may have distinct brain-wave signatures, according to preliminary data presented yesterday at the International Meeting for Autism Research in Salt Lake City, Utah. The work suggests that dividing people with autism by genetic subtype may help scientists find neurological signatures, or ‘biomarkers,’ of the disorder.

A perfect biomarker could help diagnose autism, or enable researchers to objectively track the success of treatments. But autism is famously heterogeneous, resulting from thousands of distinct genetic causes that may have different effects on the brain. This makes identifying autism biomarkers more easily said than done.

“When you’re lumping all these different kids together, you’re just going to increase the variation and not find any differences,” says lead researcher Raphael Bernier, associate professor of psychiatry at the University of Washington in Seattle.

To pare down the noise, Bernier and his team looked at two groups of people with autism: 13 children who have harmful mutations in known autism genes, such as CHD8, DYRK1A and SETD2, and 13 children who have idiopathic autism, which means the cause is unknown. They compared these children with 13 controls.

The researchers used electroencephalography to detect waves of neural activity in the motor cortex, called mu rhythms. These waves are strong when an individual is resting, but weaken when the person watches or performs an action. This ‘attenuation’ tends to be more pronounced when the activity is social in nature. In other words, watching a person dance leads to smaller mu rhythms than watching a paper towel roll bounce.

Some studies have shown that people with autism do not show this difference in attenuation between social and non-social stimuli, pointing to a possible biomarker for the disorder. But other studies did not replicate this finding, probably because of variation in the individuals chosen for each study, says Caitlin Hudac a postdoctoral fellow in Bernier’s lab who presented the findings.

The results of the new study are consistent with an autism biomarker in mu rhythms overall, but the marker depends both on the individuals tested and on timing. When the researchers looked at the change in mu rhythms in response to social cues over the course of the experiment, some interesting differences between different forms of autism emerged.

By contrast, children with harmful mutations do not show the same initial mu rhythm patterns as people without autism. This pattern appears only after they watch about 10 videos.

The ultimate aim of the study is to see whether different autism mutations could trigger distinct signatures. There is some suggestion so far that this is the case, but the results are preliminary.

Some researchers are reserving judgment, however. The relationship between brain activity and the mutations may not be simple, says Mayada Elsabbagh, assistant professor of psychiatry at McGill University in Montreal. “Why would you expect the brain to necessarily mirror these different [mutation] effects?” she cautions.

Another looming question is whether biomarkers reflect a physical feature of the brain or are a consequence of autism symptoms. This distinction is crucial, say Timothy Roberts, vice chair of research in radiology at the Children’s Hospital of Philadelphia.

“These things that we measure need to have biological roots,” Roberts says. “If they don’t, perhaps we should stop doing them.”