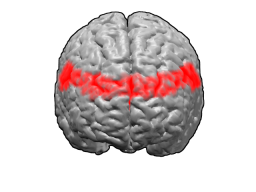 Rare resource: Brain tissue from individuals diagnosed with autism is difficult to acquire.

Rare resource: Brain tissue from individuals diagnosed with autism is difficult to acquire.

The tissue bank has sent samples to 45 researchers thus far including, notably, Eric Courchesne. But according to Ronald Zielke, who has directed the bank since its creation in 1991, up to 20% of the tissues they distribute are used in some kind of research on autism.

Here, at the Society for Neuroscience annual meeting, Zielke explains to Virginia Hughes how brain banks collect samples for autism research, and how they make the difficult decisions to distribute them for research.

How does the brain bank acquire tissue samples from individuals with autism?
With disorders that are not going to result in someone dying, such as autism, fewer people pre-register with us. Doctors hear about us, they take our brochure, put it in their medical files, and if one of these patients dies, then they call us and we swing into action. We get copies of consent forms to the family, then we find a pathologist in the local area to do the recovery. That all has to be done within 24 hours [within the death]. So we really have to kick into action very quickly. Sometimes we end up having to pay, too.

Last year, for whatever reason, we ended up getting five cases. It used to be that we would get one or two cases per year.

How much do you have to pay?
Somewhere between $500 and $1,200 per case. There was one case in a state with a low population. They had two forensic pathologists. One was on vacation, the other was retiring the next day, and they lived in opposite parts of the state. So we actually had to fly the body from one side of the state to the other, so that the forensic pathologist could recover it. That was $3,600 just for the flights.

How many people are on the staff at the Brain Tissue Bank?
We have about 8 full-time staff. We have two people who arrange for tissue recovery and they’re on call 24 hours a day, 7 days a week.

How old are the individuals with autism from whom samples were taken?
Most of our autism cases are between 8 and 14 years of age. Actually, getting controls for that age group is much harder than getting the autism [samples]. That’s because first of all, luckily, they don’t die very frequently. And secondly, when you have a healthy 12-year-old who dies accidentally, families are so distraught, so when you talk to them [about donation] you can’t even get to first base.

With so few samples, how do you decide which researchers get them?
We look to see what kind of past research that they have done. If they’re proposing to look at protein X, we want to have some assurance that they have experience with that. The other thing is, it depends on how specific an area they ask for. If somebody wants what we call a ‘genericʼ prefrontal cortex area, that’s very different than if they want Brodmann area number 9, a defined part of the frontal cortex. Once we give out Brodman area number 9, that one is forever gone.

Has the number of requests for autism tissue from scientists increased recently?
Oh, yeah ― and also, the complexity of the requests has gone up. People used to ask for only a limited number of areas, for smaller numbers of replicate samples. It’s gotten much, much more complex.