A blood test for autism? Not so fast, experts say 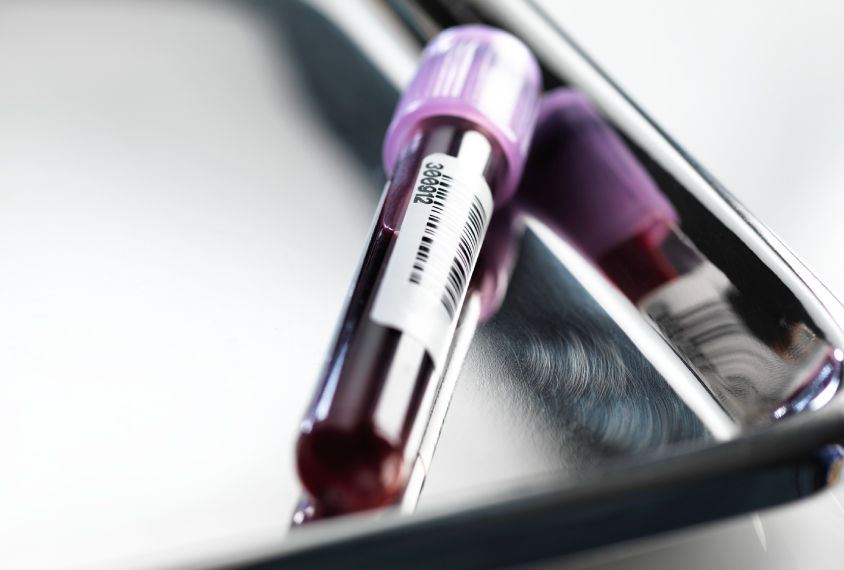 Numbers game: A new blood test shows most promise for detecting autism in children at high risk of the condition.

A new study suggests that its results could lead to a simple test for some children with autism, but statisticians say the test — even if validated — could not be used to screen for autism in the general population.

The study, published Thursday in Biological Psychiatry, says about 17 percent of children with autism have unusual proportions of amino acids — the building blocks of proteins — in their blood1. A test that looks for these molecules correctly identifies nearly 94 percent of this subgroup of children.

However, those results only hold because of the study’s statistical design, experts say. In the general population, the test’s accuracy would be less than 8 percent.

This number “isn’t what you would want for a general population,” says Keely Cheslack-Postava, a statistician and research scientist in psychiatry at Columbia University, who was not involved in the work.

The test is most promising for children at high risk of autism — including those who have older siblings diagnosed with the condition, says lead investigator David Amaral, professor of psychiatry and neuroscience at the University of California, Davis.

“We understand that there’s more steps to go before there’s a definitive blood test,” even for the subset of children with the distinctive patterns of molecules, Amaral says. “But what I think is interesting is a blood test for this subtype of autism isn’t decades away; it could literally be months away.”

Clinicians typically diagnose autism using behavioral measures, but the process is subjective and time-consuming. So there is enormous interest in a test for autism that is based on biological markers.

The new findings stem from the Children’s Autism Metabolome Project, a study of 1,100 autistic children designed to find blood signatures of the condition. The work, funded in part by Stemina Biomarker Discovery, a company based in Madison, Wisconsin, has so far cost $8 million.

The work is based on the idea that problems with metabolism, which can show up in the blood, accompany autism. For example, some people with the condition show overactivity in mTOR, a molecular pathway involved in breaking down nutrients.

In a 2014 pilot study, Stemina researchers reported that a panel of molecules could predict autism with 81 percent accuracy in a group of 61 children2. The new work builds on those findings by looking for patterns in a much larger sample.

The children fasted for 12 hours before clinicians collected their blood. The researchers then measured the levels of individual molecules and groups of molecules of various types in the samples.

The team found an association between autism and the proportions of three clusters of amino acids. An unusual set of ratios in any one of the clusters, which each contain between two and eight amino acids, accurately flags autism 7 to 10 percent of the time; 16.7 percent of the autistic children had atypical ratios in least one cluster.

Measuring these amino acids could aid in the diagnosis of autism in some children, says Elizabeth Donley, chief executive officer at Stemina. “We think it’s a very good first step in validating biological biomarkers for autism and for future diagnosis tools and also potentially precision medicine,” Donley says.

However, the calculation of accuracy — known as the positive predictive value — depends greatly on the composition of the sample. In particular, it depends on the proportion of people in the sample who have the condition in question. In the sample tested, the proportion of children with autism is 76 percent; in the U.S. population, it is less than 2 percent.

“They could get that kind of positive predictive value in this sample where there’s a ton of cases [and few typical children], but that’s probably not the population it would be applied to,” says Craig Newschaffer, director of the A.J. Drexel Autism Institute in Philadelphia, who was not involved in the research.

This sort of study design isn’t unusual when looking for a biomarker, Cheslack-Postava says. But even those who are supportive of the study’s aims say the findings are preliminary.

“This has the potential to open up whole new areas of diagnostics and treatments for autism,” says Joseph Gleeson, professor of neurosciences at the University of California, San Diego, who was not involved in the work. “But it’s very early and needs to be interpreted very cautiously.”

Stemina’s goal is not to create a screen for the general population but rather a diagnostic test for a subset of children with autism based on the metabolite panel, Donley says. “If we were using this as a broad signature of autism and trying to identify every child with autism in the population, then we would be concerned with that.”

The researchers plan to analyze the amino acid levels in another 420 children. They also intend to search for associations between autism and another panel of molecules in their samples.