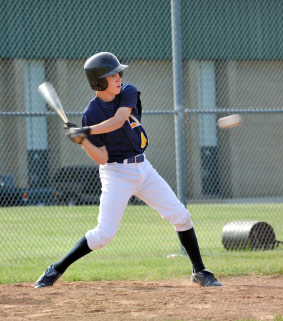 After two days of talks replete with exciting molecules, pathways and animal models, on Thursday afternoon the organizers of the Cell Symposia: Autism Spectrum Disorders: From Mechanisms to Therapies conference in Washington, D.C. got down to business.

They convened a panel of heavyweights from pharmaceutical companies and private funding organizations and asked: How can bench discoveries be translated to the clinic?

The responses from two pharmaceutical representatives were surprisingly pessimistic — especially regarding mouse models — and elicited palpable disappointment among basic scientists in the crowd.

The bottom line, according to these two experts: Drugs for autism aren’t going to appear anytime soon. If and when they do materialize, they will probably treat a small and clearly defined subgroup of the autism spectrum, and provide a relatively small improvement in symptoms.

In basic autism research, “progress has been remarkable, especially the genetics and the creation of animal models,” said panelist Morgan Sheng, vice president of neuroscience at Genentech. “But frankly, I don’t think it’s really ready for drug discovery.”

Despite a flurry of interest in autism a couple of years ago, pharmaceutical companies are gradually pulling away from their neuroscience programs. In fact, according to panelist Michael Ehlers, chief scientific officer for neuroscience research at Pfizer, the crowd in front of him, which included a couple of hundred researchers, was “eight or nine times larger than all of the people working on autism in industry.”

Developing drugs to treat autism is difficult for many reasons. First, the disorder is notoriously variable. A treatment might be effective in a subset of those with the disorder, but that result might be obscured by the group data. Second, there aren’t yet any reliable and objective biomarkers to prove that a drug works.

“The core symptoms of autism are subjective and behavioral,” Sheng said. “You really want to have some quantifiable measure that can be followed and hopefully correlated with outcome. Unfortunately, that kind of research is not extremely intellectually exciting.”

Third, pharma companies aren’t interested in drugs that work on mouse models of autism. As audience member William Snider of the University of North Carolina pointed out, some drugs cure stroke and Alzheimer’s disease in mice. But when companies tested those drugs in hugely expensive human clinical trials, they flopped.

“These models, it’s time for them to go,” Ehlers said.

Successful psychiatric drugs have rarely resulted from studies on genetics or animal models, Ehlers noted. For example, for six decades the only drugs that have consistently treated schizophrenia are D2 agonists, which have no genetic link to the disease.

Instead of aiming for a blockbuster autism drug based on biology, he says, researchers should try to tweak a symptom or two. For example, a drug might make children more responsive to behavioral therapy. “We don’t need to hit home runs. We just need singles,” Ehlers said.

The trouble is, clinical trials, even small, preliminary ones, cost hundreds of millions of dollars. Seaside Therapeutics, a small biotech in Cambridge, Massachusetts, has had considerable success testing drugs for fragile X syndrome. But the company’s founder, panelist Mark Bear, said that it never would have happened without the help of an angel investor who has a personal connection to the disease. “A lot does come down to money,” Bear said.

The two panelists from private organizations, Rob Ring of Autism Speaks and Gerry Fischbach, SFARI’s scientific director, both said that nonprofits and the government can help with the expensive and less exciting parts of preclinical testing. But no public-private partnerships are in the works.

After 90 minutes of sobering discussion, Sheng ended the session on a surprisingly cheery note. Basic scientists, he said, should continue their work at the bench without fretting about base hits or homeruns. “I wouldn’t worry too much about trying to translate.”