Autistic toddlers do not tune in to sounds with others 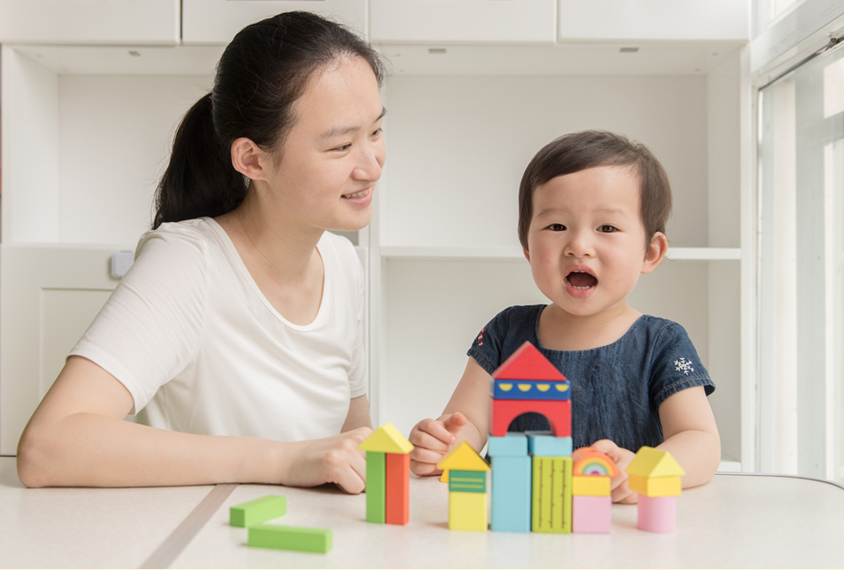 Listen up: Autistic toddlers are less likely to seek their parent’s attention to share a sound than typical toddlers are.

Unlike typical toddlers, those with autism tend not to share experiences involving sound — dancing to music with their parents, for example, or directing a parent’s attention toward a cat’s meow — according to a new study1.

Sharing sounds in this way is a form of joint attention — focusing on something intentionally with another person — which helps young children learn social skills and how to communicate. Joint attention also occurs when, for instance, a parent looks at a toy and names it, and their child follows their gaze to look at it, too. Children typically develop joint attention as toddlers, but autistic children often do not, and a lack of that skill is thought to be one of the earliest signs of autism.

Previous work has focused on visual joint attention, often in the context of a parent trying to get a child to look at their face or at a particular object. The new study examined joint attention elicited by a range of sounds. As with new sights, children with autism are often interested in new sounds, the researchers found, but less interested in sharing them.

This work is one step toward finding out how variations in children’s experiences of sharing sounds might relate to later language development, says lead researcher Lauren Adamson, Regents professor emerita at Georgia State University in Atlanta. The findings were published in August in Autism Research.

Some past work has led researchers to suspect that atypical face processing lies at the root of autistic children’s joint-attention problems, because joint attention often depends on a child following a parent’s gaze. The new findings point to a deeper cognitive construct involved in atypical joint attention, one that is likely shared by visual and auditory processing, says Peter Mundy, professor of education and psychiatry at the University of California, Davis, who was not involved in the work.

“That’s very useful, because we get stuck in a paradigm if we think about it being tied specifically to a behavior rather than a neurocognitive process,” he says.

Adamson and her team examined auditory joint-engagement skills — joint attention coupled with an interaction around a shared experience — in 49 typically developing toddlers, 46 autistic toddlers and 46 non-autistic toddlers with other developmental disabilities, such as developmental language disorder. All of the children were younger than 30 months old.

While each child played with a parent or caregiver, the researchers used hidden speakers to pipe in a series of different sounds: instrumental classical music, birdsong or cats meowing, train or motorcycle sounds and recordings of human speech that included the child’s name.

When the children heard the sound of someone speaking, however, a significant difference emerged: The autistic children were less likely than the other two groups to notice or to orient toward the voice, even when it called their name. And only 15 percent tried to share any of the speech sounds, compared with 73 percent of the typical children and 41 percent of those with other developmental disabilities.

The researchers observed less of a difference between groups when they played the sounds a second time and asked the parents to try to get the child’s attention and share the sound by pointing toward it, naming the animal or machine they heard or dancing with the child along to the music. Among the typical toddlers, 98 percent shared at least one sound with their parent during this phase, compared with 91 percent of those with developmental disabilities and 70 percent of the autistic children.

Expanding the scope of joint-engagement research to sounds opens the door to new forms of early identification of autism, Mundy says. And it could help researchers home in on which brain areas are involved in both auditory and visual joint engagement, he says.

The new work also suggests that autistic children miss out on valuable cues from parents that would help them learn new words, which could have clinical implications.

The researchers also assessed how the children shared a sound and whether that showed they understood its meaning — looking around for a cat or saying “meow,” for example. By this measure, autistic children exchanged significantly less information with their parents during joint attention than typical children did.

“The fact that autistic children had difficulty engaging around sound, even with their parents’ support, is important to think about in this regard,” says Kristen Bottema-Beutel, associate professor of teaching, curriculum and society at Boston College in Massachusetts, who was not involved in the work.

Looking at joint attention to sounds in this way can reveal which kinds of interactions are particularly challenging for autistic children and help clinicians devise new ways to support them as they learn language, Bottema-Beutel says.