Autistic people with rare mutation may have unique brain anatomy 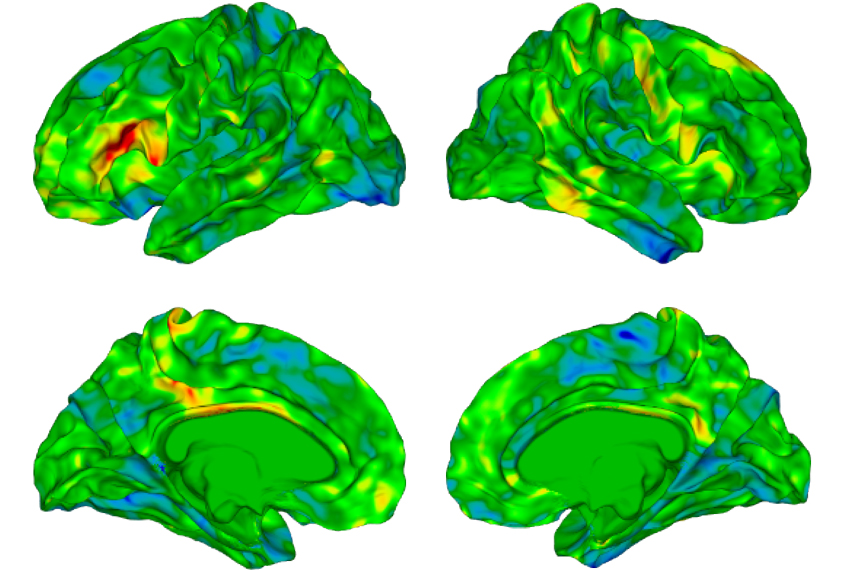 The findings suggest that brain changes related to autism vary depending on the condition’s etiology, says study investigator Carrie Bearden, professor of clinical psychology at the University of California, Los Angeles. “[Autism is] really not one thing.”

Deletions in 22q11.2 cause a syndrome characterized by heart defects, learning difficulties and an increased risk of psychiatric conditions such as schizophrenia. About 16 percent of people with the syndrome have autism2.

Brain anatomy differs between people with the syndrome who have autism and those who do not, past studies by the same team show3. The new work is the first to compare these two groups with people who have ‘idiopathic’ autism, meaning its etiology is unknown.

Disentangling these brain differences may be key to understanding if clinicians should treat autistic people with 22q deletions differently than people with autism without the deletions, Bearden says. “Maybe we’re treating these [conditions] as all the same at one level when we really need to dissect this a bit more.”

Some experts say these findings could also be a first step toward dividing autism’s broad spectrum of traits into smaller sets of genetic conditions.

“Maybe our group of idiopathic autism is actually, in reality, a collection of subgroups,” says Jacob Vorstman, associate professor of psychiatry at the University of Toronto, who was not involved in the study.

The team used magnetic resonance imaging to measure the thickness, surface area and volume of the cortex, the brain’s outer layer, in 131 people aged from 6 to 25. The participants included 50 people with 22q deletions, half of whom have autism, as well as 40 people with idiopathic autism and 41 typical people.

The researchers first compared all participants carrying 22q deletions with all non-carriers, regardless of who has autism. They found that people with the deletions have significantly less cortical surface area, which explains why they also have less cortical volume despite greater thickness — findings that align with the team’s previous results.

The researchers then compared all participants who have autism with all those without it, regardless of who has 22q deletions. They found that autistic people have neuroanatomical differences in regions implicated in the condition, including the fusiform gyrus, superior temporal gyrus and insula.

Autistic people with 22q deletions also had larger volume and surface area in the precentral gyrus than people with idiopathic autism.

“In other words, the way that those two [conditions] are affecting the brain is not the same,” Bearden says.

In an additional analysis, the researchers confirmed that different sets of neuroanatomical changes drive core autism traits in people with the 22q deletions, compared with people with idiopathic autism.

The new study does not show how any of the brain changes associated with the 22q deletion relate to autism, experts note.

“Are the neuroanatomical differences a cause of the autism, or is it a consequence?” says Kevin Antshel, professor of clinical psychology at Syracuse University in New York. “I think that remains to be seen.”

To answer this question, scientists may have to use animal models and longer-term studies to investigate how the brains of people with 22q deletion syndrome and autism change over time, Antshel says.

The study is also limited by its inclusion of participants over such a wide age range, Antshel says. “When you’re comparing a 6- and a 25-year-old in terms of areas of brain maturation, they’re going to be very different.”

Studies looking at structural brain differences are indispensable, Antshel says, but they sometimes provide a “neurocentric” explanation of a condition, overlooking other factors that may play some part, including the environment.

Next Bearden’s team plans to explore the relationship between intellectual disability, neuroanatomy and autism traits in the same groups. They also hope to investigate how the size of a participant’s genetic deletion relates to their neuroanatomical differences.