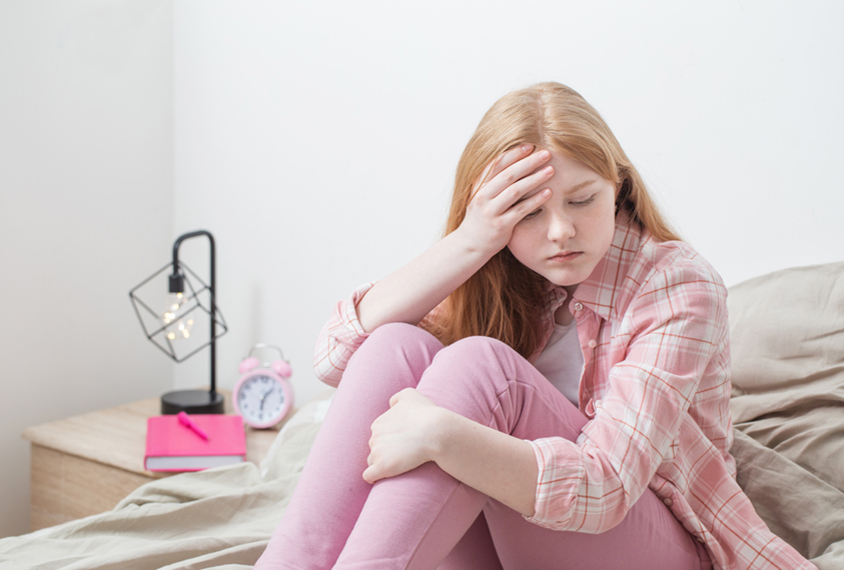 Brain food: Autism appears to be closely linked to headaches.

People with autism have more brain-related health problems, such as headaches and epilepsy, than typical people do, according to a survey of twins1. The study is the first to look at associations between autism and physical health problems among twins.

The study found no association between autism and other physical conditions, such as gastrointestinal problems and infectious diseases, however.

“I find it particularly remarkable that our results are so clear in terms of confirming that [autism] but also autistic traits are associated with neurological alterations, and no other somatic issues are equally associated,” says lead investigator Sven Bölte, director of the Center of Neurodevelopmental Disorders at the Karolinska Institutet in Stockholm, Sweden. The findings also support the idea that autism is a condition of the brain, Bölte says, and not of the immune system or the gut.

Understanding associations such as these can help clinicians look out for autistic people’s health problems. That is particularly important when treating people who may have difficulties communicating, says Thomas Challman, medical director of the Geisinger Autism and Developmental Medicine Institute in Lewisburg, Pennsylvania.

“Associated health issues can be really important in maximizing people’s quality of life,” Challman says. “If there is a higher rate of various other medical conditions in individuals with a developmental condition, we want to have a higher level of alertness in detecting these things.”

The researchers surveyed 172 pairs of twins — both identical and fraternal — enrolled in the Roots of Autism and ADHD Twin Study Sweden. Of this group, 75 pairs have at least one twin with autism; 18 pairs of identical twins have only one twin with autism. Because identical twins who grow up together share a nearly identical genetic background and environment, they are particularly helpful in teasing out how these factors can shape an individual’s health.

The researchers gave the participants, who ranged in age from 8 to 31 years, diagnostic exams and the Social Responsiveness Scale, Second Edition, a standard survey of autism traits. The participants or their parents then filled out a questionnaire that asked about the participants’ history of infectious and cardiovascular diseases, neurological problems such as epilepsy and headaches, gastrointestinal problems such as lactose intolerance, and immunological conditions such as asthma and allergies.

The researchers found that people with an autism diagnosis have more neurological and immunological health problems than those without the diagnosis. They also found that within identical twin pairs in which only one twin has autism, the twin with more neurological problems is more likely to be autistic than the neurotypical twin is.

In their analysis, the researchers weighted common problems such as headaches as equal to rarer problems such as heart defects. This approach may have affected the results, so the team should confirm the finding in a larger sample size, says Lior Brimberg, who was not involved in the research. Brimberg is assistant professor of neuroimmunology at the Feinstein Institute for Medical Research in Manhasset, New York.

The researchers also did not control for age or gender.

The fact that the study did not find an association between autism and gastrointestinal problems is surprising, notes Barbara McElhanon, assistant professor of pediatric gastroenterology at Emory University in Atlanta, Georgia, and a clinician at Children’s Healthcare of Atlanta.

The study may have missed this association because gastrointestinal problems, such as constipation, tend to be transient, she says, and may be more easily forgotten when responding to questionnaires than are persistent conditions such as epilepsy. Only 1.2 percent of the participants with autism and 0.8 percent of those without autism reported experiencing constipation — both at the low end of prevalence estimates in the general public, which range from 0.7 to nearly 30 percent.

The study is also important in evaluating how much of autism and its traits are heritable versus environmental, Brimberg says.

Because identical twins share nearly all of their DNA, the association between autism and neurological problems in identical twins suggests that something beyond genetics, such as an interaction between genes and the environment, is at play in the origin of both conditions, Brimberg says.

Brimberg notes that a study in July concluded that autism is 80 percent heritable2. “I think this study suggests that, you know, not necessarily,” she says.

The researchers hope to analyze a larger database, such as the Child and Adolescent Twin Study in Sweden, which has more than 32,000 participants. Ultimately, they say, they hope their work will help scientists identify autism subtypes and pathways that underlie the condition.