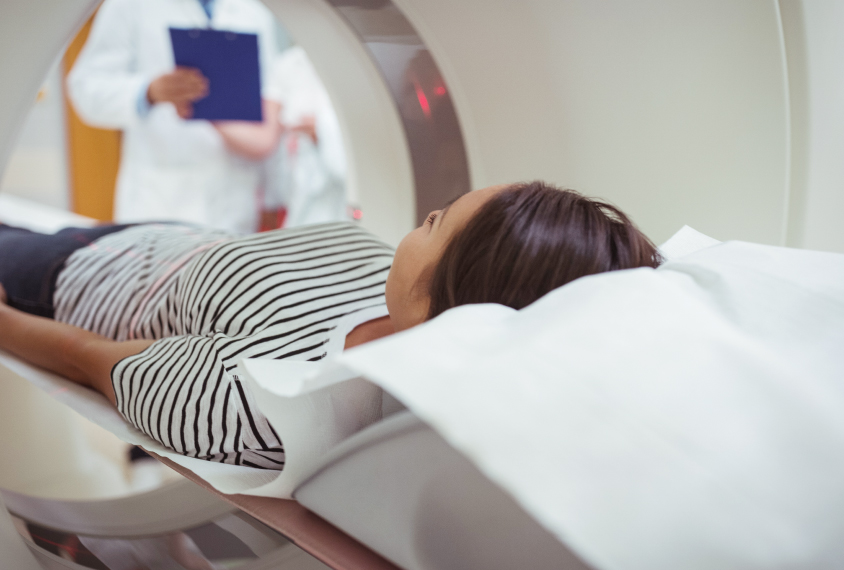 Talking points: Brain structure differences in autistic girls are greatest on the left side of the brain, where language hubs are based.

Nerve fiber tracts in the brains of autistic girls are more fragmented than those of typical girls. By contrast, autistic boys’ brain structure is indistinguishable from that of typical boys, a new study suggests1.

“We certainly thought we would see something in girls, but we didn’t expect this dramatic result where we didn’t see a thing in boys and then [we saw] all these differences in girls,” says lead researcher Roger Jou, instructor at the Yale Child Study Center.

The study is noteworthy for its attention to autistic girls, who are understudied — in part because few of them are diagnosed: About four boys to every girl has an autism diagnosis.

It is “super, super uncommon” for brain imaging studies to include a meaningful sample of autistic girls, says Kajsa Igelström, assistant professor of neuroscience at Linköping University in Sweden, who was not involved in the research. “[The new study includes] enough females to at least know they have a solid finding,” she says.

The researchers recruited 25 girls and 56 boys with autism, and 15 girls and 23 boys who are typical. It took five years to assemble this group, which reflects the difficulty of enrolling girls with autism in studies, Jou says.

The team scanned participants’ brains using diffusion tensor imaging, which traces the flow of water along nerve tracts in the brain to reveal their location and integrity. Integrity is a measure of how orderly the tracts are.

Two researchers reviewed the images for distortion from head movement in the scanner and excluded blurred or irregular scans.

“That was definitely a strength of the paper, the carefulness [with which] they approached how to handle motion in their dataset,” says Christine Nordahl, associate professor of psychiatry and behavioral sciences at the University of California, Davis, who was not involved in the research.

Compared with controls, autistic girls and women have less integrity in several nerve tracts, the researchers found, including in one that connects the occipital lobe at the back of the head to the temporal lobe at the side. The differences are greater on the left side of the brain than on the right. This may explain some of the girls’ challenges with language, because the brain’s main language areas are in the left hemisphere, Jou says.

There are no apparent differences in brain structure between autistic and typical boys. The findings appeared in July in Autism Research.

The autistic girls have autism traits similar to those of the boys: The two sexes scored similarly on a test of autism severity. That result fits with a theory called the female protective effect, the researchers say. This theory posits that biological factors — such as a lack of integrity of brain tracts — must be more extreme in girls than in boys to result in autism.

The evidence is indirect, however.

“It’s consistent with the female protective effect, but I don’t think it’s evidence for [the theory],” Nordahl says.

The wide age range of the participants is a limitation of the study, Nordahl says. Structural differences in autistic boys and men could show up only at certain ages, and lumping people of disparate ages could mask this variation.

To account for this flaw, the team plans to recruit more participants and analyze the results by age, Jou says.