Autistic girls, boys differ in how they talk about social groups 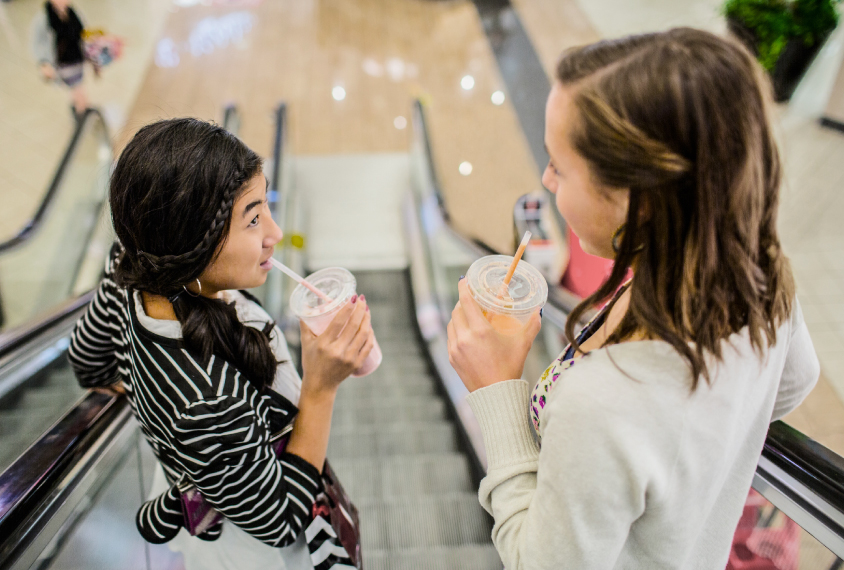 Between us: Autistic girls use plural personal pronouns such as ‘they’ and ‘us’ almost twice as often as autistic boys do.

During conversations, girls with autism use “we,” “they” and other words related to social groups differently than autistic boys do, according to a new study.

The findings could help parents and clinicians identify autism in girls, who tend to be diagnosed less often and later than boys, researchers say.

The failure to recognize autism in girls can put them at an increased risk of mental health problems such as anxiety, depression and suicidality.

“If girls with autism are not properly understood, then these girls may not get access to the proper resources they need early in life to get the support they need to flourish and reach their full potential,” says lead investigator Julia Parish-Morris, assistant professor of psychiatry at the University of Pennsylvania.

To gain insight into gender differences in problems with social communication — a core trait of autism — Parish-Morris and her colleagues analyzed how girls and boys with and without autism talk about other people during unscripted conversations.

“This is one of the few studies that have used natural language samples and not just responses to standardized tests to examine the difference in social interest between boys and girls with autism and typically developing boys and girls,” says Jenny Burton, a speech-language pathologist who was not involved with the study. It is also one of few studies to support the idea that, compared with autistic boys, girls with the condition have strengths in social interaction and motivation, she says.

The scientists recorded audio and video as each participant took part in an informal five-minute ‘get to know you’ conversation with an undergraduate student or research assistant. The sample included 17 girls and 33 boys with autism, and 15 girls and 22 boys without the condition, all aged 8 to 17 and matched for age and intelligence quotient. They also matched the autistic children for levels of social impairment.

Computer programs transcribed the conversations and counted the number of plural personal pronouns — those that refer to groups of people, such as “we,” “us,” “they” and “them” — as well as words with social connotations, such as “family” and “friends.” The researchers then calculated how often a child used these words relative to the total number of words he or she said overall.

Autistic girls use plural personal pronouns almost twice as often as autistic boys do, and they use social words more often as well, the researchers found. The study was published in November in the Journal of Child Psychology and Psychiatry.

The findings may indicate that girls are “pressured to conform socially,” Parish-Morris says. “Pronouns can give hints about social embeddedness or the sense of social belonging, which matters with conditions with social challenges such as autism.”

Autistic girls also use “they” and “them” more often than non-autistic girls do, the study found. Such heightened discussion of groups autistic girls are not members of may indicate they are aware of their social exclusion, the scientists note. “Saying ‘we did this and that’ is a very different frame of reference from saying ‘they did this or that,’” Parish-Morris says.

Overall, the study shows that autistic children and adolescents use significantly fewer plural personal pronouns than their non-autistic peers do. If the same pattern holds true for even younger children, diminished or atypical use of personal pronouns might prove useful to flag children for diagnosis, the researchers suggest.

The findings underscore the idea that “autism is not a monolith — it manifests differently across sexes and genders and ages and cultures,” Parish-Morris says.

As a next step, researchers could explore how autistic girls and boys differ when talking with other children instead of with adults.

“It would be interesting knowing whether they are referencing family versus peers, due to potentially fewer social activities with peers and more time with family,” says Rene Jamison, associate professor of pediatrics at the University of Kansas in Kansas City, who did not take part in the new research. “In my research, we have found that when girls are in the 8 to 12 age range, both girls with and without autism would reference their family more than their peers, but as they grow older, we would expect girls without autism to shift to more external social groups, but girls with autism would not shift as much.”