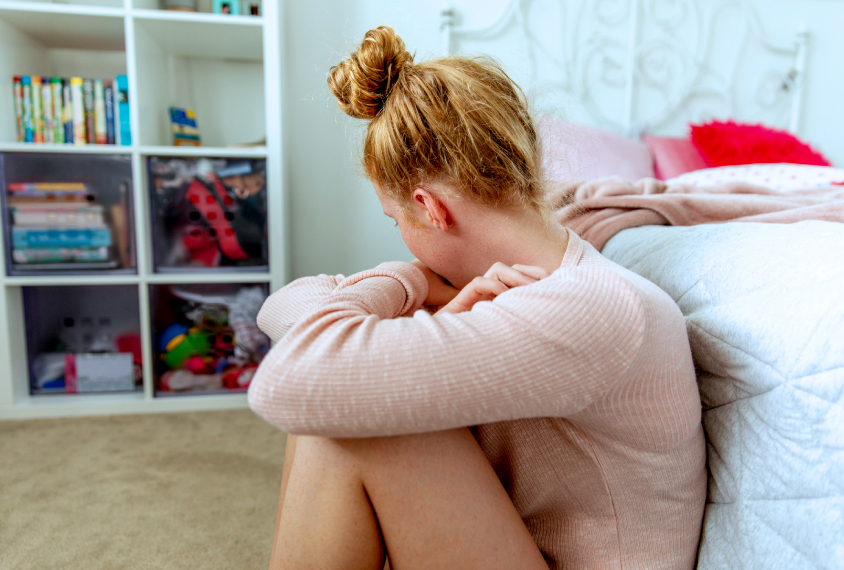 Persistent problems: Children with autism who also have anxiety or depression are likely to retain the conditions into adulthood.

A study that followed 126 autistic people in England from their preteen years to age 23 found little improvement in their behavioral and emotional problems1.

Children with autism are more likely than their neurotypical peers to have emotional and behavioral problems. Previous studies have estimated that up to 84 percent of these children are anxious, and up to 47 percent have depression. Anywhere from 30 to 80 percent of children with autism also meet the criteria for attention deficit hyperactivity disorder (ADHD).

The researchers previously reported that 70 percent of autistic children who are 10 to 12 years of age have additional psychiatric and behavioral conditions2. The new work reveals that these children’s emotional and behavioral traits improve only slightly in early adulthood.

“You could plot with really quite good confidence from age 12 what someone was going to look like at age 23,” says lead investigator Emily Simonoff, professor of child and adolescent psychiatry at Kings College London.

The results need to be confirmed, Simonoff says, but they may be important.

“If you look relatively early in development, you can say who are the individuals who are going to have ongoing difficulties, and therefore target your resources,” she says.

The results were published in March in Autism.

Simonoff and her colleagues tracked 158 people born from July 1990 to December 1991 who were enrolled in the Special Needs and Autism Project. They assessed the children at ages 10 to 12 using two gold-standard diagnostic tools: the Autism Diagnostic Interview Revised and the Autism Diagnostic Observation Schedule – Generic.

The team also evaluated the children’s language skills, intelligence quotients and adaptive functioning, or daily living skills. They saw the children again at ages 15 to 16 and were able to follow up with 126 of the participants at age 23.

However, children with mild autism traits who scored high on tests of language had more severe emotional problems throughout the study. This could be because these children can better express their emotions than those with poorer language skills can, or because they are more often exposed to stressful environments, Simonoff says.

Children from socioeconomically deprived neighborhoods tended to have severe conduct problems initially, but their problems eased more over time than did those of children from more affluent neighborhoods. The groups were even by age 23.

Overall, the severity of problems at age 10 to 12 was a good predictor of the severity at age 23, Simonoff says. “This, to me, is the most important message.”

More to the story:

Other experts praised the study for providing valuable information about how autistic children fare during their teenage years, when they are likely to face considerable challenges.

“By focusing on this period in development, these findings start to fill in the gaps in our knowledge as to who is most at risk and what contributes to that risk,” says Emily Neuhaus, research fellow and clinical psychologist at Seattle Children’s Hospital in Washington.

Because the researchers enrolled people from the general population based on educational records, rather than drawing from people who had enrolled in a study, the data offer an accurate representation of autistic people in terms of the range of intelligence quotients, language ability and intensity of autism traits, Neuhaus says. “A real strength of this study is how this cohort captures the breadth of the spectrum in a lot of ways,” she says, though she notes that the researchers included only 16 girls.

Other researchers point out that the mental-health screening tool the study used, the Strengths and Difficulties Questionnaire, has not been validated for use in autistic people.

“I do wonder if you would see more change over time if you would have more specific and sensitive measurements,” says Carla Mazefsky, associate professor of psychiatry and psychology at the University of Pittsburgh in Pennsylvania, who was not involved in the new work. Measuring autism traits this way “is a first step,” she says, but “there’s probably a lot to that picture that we haven’t assessed.”

Simonoff and her team acknowledge that their use of a screening tool to track changes over time is a limitation. They plan to analyze the prevalence and severity of various mental conditions in their group at age 23 using gold-standard measures. They also hope to better understand to what extent autism, versus other problems, affects autistic people’s quality of life.