Autistic adults in Japan stay active in their communities, households 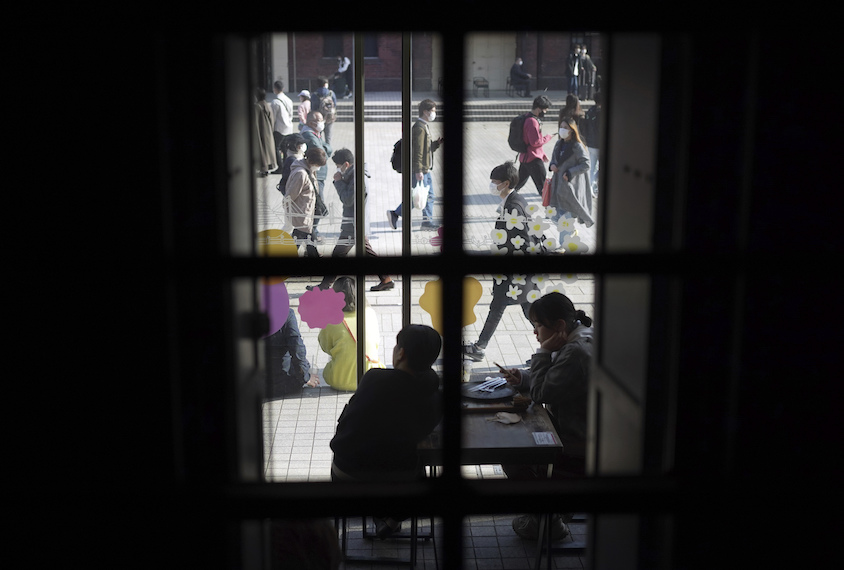 Social support: Most autistic adults in a cohort in Yokohama, Japan, have some autonomy and friends, but less than half are employed.

Most autistic children in Japan grow up to live somewhat independently as adults, engage in community activities and form friendships, according to a new longitudinal study.

People with autism are “leading fulfilling lives in the community and at home, although complete independence is difficult to achieve,” says lead investigator Mitsuaki Iwasa, a developmental psychiatrist at the Yokohama Rehabilitation Center in Japan. “This is encouraging not only for the people with autism themselves, but also for their support network.”

Most previous studies that tracked autistic people over time reported poor outcomes in adulthood, including difficulty securing a job and finding a partner. But those studies recruited participants primarily from clinics and so included disproportionately more people who require high support.

The new study followed 170 autistic people living in Yokohama from about age 3 to their mid-20s, interviewing them and analyzing their medical records over time. The team also asked the adult participants to keep a diary for two days, recording their activities at 15-minute intervals. The researchers assessed participants’ community involvement, comparing the data with those from a group of similarly aged non-autistic adults.

“This [approach] enabled us to investigate the psychosocial outcomes from the perspective of social participation and daily life, which had not been assessed in the previous long-term follow-up studies,” Iwasa says.

About 70 percent of the autistic adults achieved what the researchers deemed satisfactory outcomes, having a degree of autonomy and a functional social life. Almost 14 percent of that group had “very good” outcomes, according to the team, 25 percent had “good” outcomes and 31 percent had “fair” outcomes. The work was published in April in the Journal of Child Psychology and Psychiatry.

The researchers rated 26 percent of the autistic adults as having “poor” outcomes and less than 5 percent as “very poor.” Less than half of the adult participants were employed, and six people were not involved in any form of work or education at all.

“Four out of the six people who were doing absolutely nothing were people with relatively high intelligence quotients (IQs),” says Catherine Lord, professor of psychiatry and education at the University of California, Los Angeles, who was not involved in the work.

“Most people made very little income, and, by far, the majority were on what seemed to be social assistance. So in a way, it tells us more about the level of support provided by Japanese society, which is impressive,” Lord adds.

The diary entries revealed that 53 percent of the autistic adults contributed to their households, doing chores, preparing meals and managing their own self-care. More than 80 percent played sports, and almost all engaged in hobbies or recreational activities, often with friends. Compared with their non-autistic peers, they described more novel pastimes, such as riding trains or attending animation events.

Activity logging “is not something that I have seen other autism early-outcome studies report,” says Tony Charman, professor of clinical child psychology at King’s College London in the United Kingdom. “It shows perhaps surprising similarities between the young autistic adults and their neurotypical Japanese counterparts, but also some differences that probably relate to the way in which parents are very actively involved in their lives and activities.”

Surprisingly, IQ scores fell in more than half of the participants over the 20-year period, highlighting the importance of re-testing in adulthood to access crucial support.

“In the U.S. at least, there are different services that you can get as an adult with an intellectual disability that you can’t always access as an adult with autism who doesn’t have a disability,” says Judith Miller, assistant professor of psychiatry at the Children’s Hospital of Philadelphia in Pennsylvania, who was not involved in the study.

Of course, achieving conventional life goals doesn’t guarantee a high quality of life. “There are people who may have finished college, have a great job, live on their own, but are miserable,” Miller says. “Ultimately, I hope we can move towards celebrating a variety of different outcomes that can be meaningful and positive.”

A small proportion of the autistic adults took part in recreational activities only reluctantly, after being encouraged by their parents. The next step, Iwasa and his colleagues write, is to combine objective outcome measures with subjective well-being reports.

Using the same criteria in other cultures may produce less optimistic results, the team says. Because Japanese 20-somethings tend to live with their parents, it is possible that most of the autistic people, who also lived at home, scored higher on ratings of independence than they would have elsewhere. And re-evaluating the same group in another decade may provide a truer reflection of their autonomy.