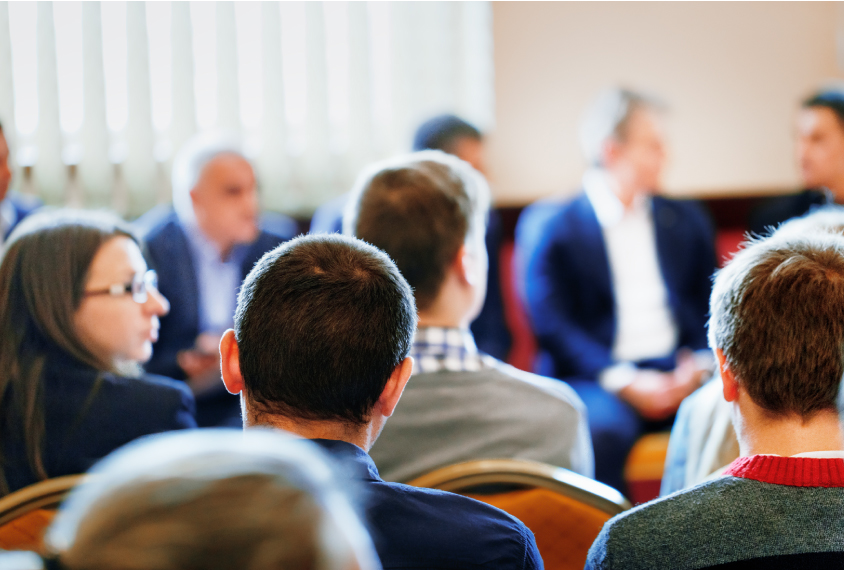 Brain drain: The socializing required in academia can be an obstacle for some autistic researchers.

“Autistic heaven” is how Sandra Jones, who is autistic herself, initially viewed a career in academic research. “Your entire job is to learn every minute fact about this thing that you’re interested in, and then tell other people,” she says she imagined.

That’s exactly how it was for Jones in the early days of her academic career — and she excelled. But as she ascended the academic ranks, the work became more challenging. Her schedule filled up with faculty meetings and paperwork, leaving less time for research, and she found herself overwhelmed by department politics that she didn’t care about or understand.

Jones, who is now pro vice-chancellor of research impact at Australian Catholic University in Melbourne, Australia, isn’t alone in that experience, she discovered after interviewing 37 autistic researchers about their careers for a study published last month in Autism. Autistic researchers across multiple countries and disciplines expressed love for their work but frustration with other aspects of academia that make the environment unpleasant or hostile for neurodivergent employees.

“You lose a lot of good people — because they burn out,” Jones says.

Burnout can come from a number of sources, Jones’s interviews revealed, including the unstructured nature of academic research. That flexibility makes it possible for autistic researchers to work from home or shift their schedules as needed. But it can also lead to vague job expectations, and, as a result, an autistic researcher may have difficulty prioritizing their work.

Academic language also “tends to be very abstract” in general, which can be an obstacle for autistic researchers who interpret statements literally, says Oluwatobi Abubakare, an autistic clinical psychology doctoral student at Indiana University in Bloomington.

And despite Jones’ initial impressions of academic life, researchers are still expected to do a lot of socializing — from meetings to conferences to collaborations — that can range from confusing to panic-inducing for people with social-communication difficulties.

“There are a whole lot of unwritten rules about what you need to do to succeed,” says Zachary Williams, a medical and doctoral student at Vanderbilt University in Nashville, Tennessee, who is also autistic.

Studying autism as an autistic researcher comes with its own stack of challenges, says Patrick Dwyer, a graduate student at the University of California, Davis. He and other autistic autism researchers have personal experiences and community connections that can enhance their work and inform their research questions, but they still have to grapple with old papers full of dehumanizing language when discussing autism, Dwyer says.

Some colleagues still also discuss the condition in ableist terms, Abubakare says, and that ableism can make it difficult for autistic people to advance in their career. “It has not been an easy or smooth start for me,” they say.

One way to overcome these obstacles, Abubakare says, is to “find supportive mentors who acknowledge and embrace neurodiversity (and diversity in all forms), and not just merely tolerate it.” Researchers can reach out to previous students and trainees and talk to other researchers in their department to figure out if a potential mentor is a good fit, she says.

Talking with colleagues can also be helpful when trying to figure out the unwritten rules of a department, Williams says. “If you’re an undergrad, find a grad student; for a grad student, find a postdoc,” he says. “That is the person who is going to have the most relevant experience for you and can probably give you the best tips and the most pertinent information.”

Communities of other autistic researchers can also be a helpful place to discuss career questions. Some options include the Participatory Autism Research Collective, the Facebook group “Autistic Researchers Researching Autism,” and the INSAR Autistic Researchers Committee, which Jones, Abubakare, Dwyer and Williams belong to.

When up for a promotion, “negotiate carefully,” Jones says. Autistic researchers who want to advance their careers should be aware that higher positions often mean more meetings, she says. An option, Jones suggests, is to say, “If you want me to be the director of X, I need an associate director” who can handle tasks such as meetings and presentations.

Little changes to daily life can also make a big difference for autistic researchers who need more energy for their research, says Dena Gassner, a graduate student at Adelphi University in Garden City, New York, who is autistic. Taking steps such as prepping meals ahead of time “eliminates my executive-function burden,” she says, and gives her more energy to devote to her work. Spending time on self-care, such as getting massages and going for walks, also keeps her more in touch with her physical well-being.

But the onus of making academia an inclusive and supportive environment shouldn’t always be on the autistic researchers, Gassner says.

Non-autistic researchers can help by understanding where their autistic colleagues are coming from when they need to turn off their camera for a Zoom call, for example, or dim the lights in their office, to reduce the amount of sensory input they are experiencing, Jones says.

Allowing for multiple forms of communication — such as writing, signing or augmentative and alternative communication — can also make a department more inclusive, Abubakare says. “Not all neurodiverse individuals can or want to engage in verbal communication,” they say.

Other forms of support can help, too, such as “giving people the equivalent of a personal assistant,” Williams says. That step might be enough to nudge someone who might have dropped out as a postdoc, or left academia for industry, into a successful professorship, he says. “We have a lot of untapped talent in the group of autistic researchers that are out there.”

Autistic researchers’ skills — such as lived experience, attention to detail, and creative problem-solving can only benefit the field of autism research if the field supports the whole autistic person, Jones says. “These things go hand in hand,” she says. “In order for me to bring these strengths, I need to address these challenges.”