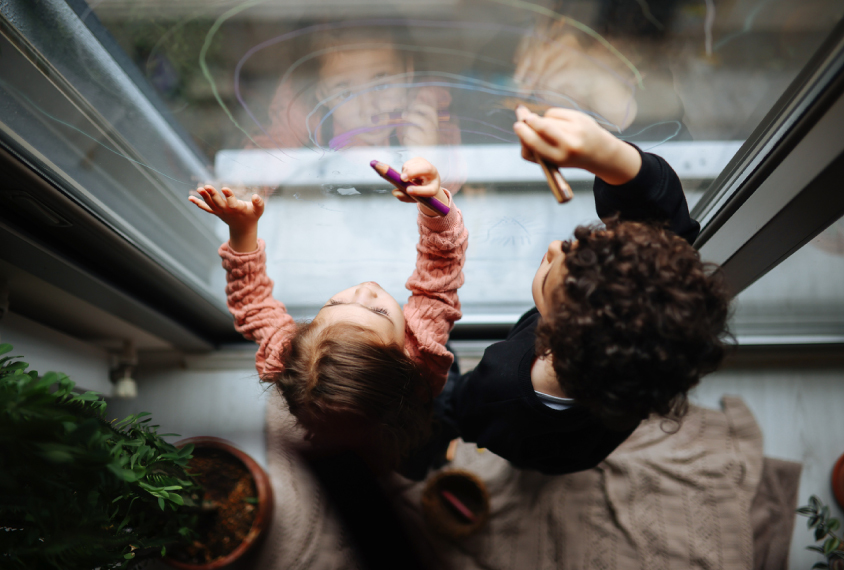 Autism may occur as often in girls as it does in boys, according to a new study that tweaked common clinical tools to minimize their sex bias and tracked babies with a family history of the condition over five years.

One of the most consistent findings in autism research is that about four times as many boys as girls are diagnosed with the condition. The sex ratio in autism could reflect biological differences, diagnostic biases or both, previous studies suggest.

The team behind the new study assessed how commonly used tools for measuring autism traits capture boys’ and girls’ trajectories differently. And after adjusting for sex biases they found in their measurements, they were able to identify roughly the same percentage of boys and girls with the condition.

The work suggests that clinicians could more accurately identify autistic girls by examining how autism traits unfold over time, says study investigator Catherine Burrows, assistant professor of pediatrics at the University of Minnesota in Minneapolis. This is especially true for children whose traits put them just under the threshold for an autism diagnosis early on in life, she says.

By tracking children over multiple time points and continuing to evaluate them, the researchers identified and diagnosed girls who may have otherwise fallen through the cracks. “It’s taking one of the most established knowns about autism and turning it on its head and saying, ‘Actually, no, if you look at it this way, there isn’t a sex bias anymore,’” says Alycia Halladay, chief science officer at the Autism Science Foundation, who was not involved in the study.

Burrows and her colleagues studied 377 children from the Infant Brain Imaging Study Network, a multisite effort to evaluate children who have an older sibling with autism. These ‘baby sibs’ have an elevated likelihood of being diagnosed with autism — about 20 percent compared with 1 to 2 percent in the general population.

The researchers assessed the children four times between the ages of 6 months and 5 years, using either the Autism Observation Scale for Infants (AOSI) for those under age 2 years or the Autism Diagnostic Observation Schedule (ADOS) for older ages. They diagnosed 86 of the baby sibs with autism at age 2; 20 of them were girls, making the sex ratio a little more than 3-to-1, in line with other studies of baby sibs.

“That tells us if we use a sum score that isn’t accounting for those differences, we might be comparing apples to oranges,” Burrows says.

After accounting for these measurement biases, they identified four subgroups, based on how the children’s social-communication issues or restricted and repetitive behaviors changed over time.

Within each group, the sex ratio was nearly 1-to-1. The work appeared this month in Biological Psychiatry.

The baby sib participants in the study had not yet received an autism referral or diagnosis, which helped prevent some of the male-skewed selection bias that can occur when researchers recruit children who have already screened positive, the team says. Some bias still remains, though, because they are the younger siblings of children with an autism diagnosis.

“It’s clear that while this is an advanced step forward, it’s just one sample,” says Diana Schendel, professor and leader of the Modifiable Autism Risk Factors Research Program at Drexel University in Philadelphia, Pennsylvania, who was not involved in the study. The team’s approach was validated only on the baby sibs, she says, but it suggests that tracking trajectories of autism traits could work in the general population with different tools.

For children who have a greater chance of being diagnosed with autism, tracking traits over time is a sensible approach, especially if one clinical visit is not enough to make a diagnosis, says Catherine Lord, distinguished professor of psychiatry and education at the University of California, Los Angeles, who was not involved in the work. “I would completely agree with their point that there is not a hard boundary for autism.”

But using statistics to eliminate the sex bias may not be as important as tracking these children’s trajectories moving forward, she says.

Burrows and her team are analyzing data on these same children from the ages of 7 to 12, to see whether the groups identified earlier show different outcomes during their school years.