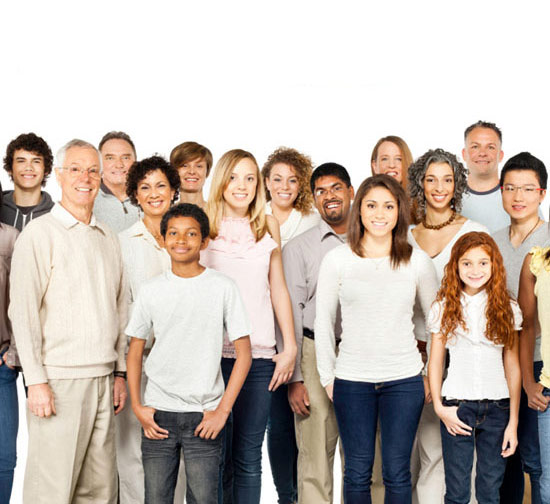 Full spectrum: Researchers are trying to design their studies to include people with autism who have varying degrees of severity.

Autism studies tend to focus on one part of the spectrum, often excluding those who also have other conditions such as anxiety, obsessive-compulsive disorder or intellectual disability. Research is particularly scarce on people with severe functional impairments, because practical concerns often make it difficult to include them. But people with milder forms of autism sometimes get left out as well.

The result, some experts say, is piecemeal findings that don’t fit together to generate a whole picture.

The challenge arises in part because autism is a heterogeneous disorder, making it tricky to design research projects.

“For a scientific study, one tries to gain as much homogeneity as possible,” says Nicholas Lange, director of the Neurostatistics Laboratory at Harvard University’s McLean Hospital.

For example, imaging studies, such as those using magnetic resonance imaging (MRI) or magnetoencephalography, rarely include individuals with severe cognitive and language impairments.

The scans require participants to understand and follow directions, and be able to lie still for long periods, notes Audrey Thurm, a child psychologist at the National Institute of Mental Health.

People who lack language skills and have a low intelligence quotient (IQ) often can’t carry out these tasks. Even more than younger children, language- and cognitively impaired adolescents and adults are rarely recruited for these studies because they are more difficult to control and more mobile. “They are truly the most neglected group in autism research,” says Janet Lainhart, associate professor of psychiatry and pediatrics at the University of Utah.

These sorts of recruiting biases result in distinct gaps in imaging research. “We do not know if some of the findings, particularly in studies of technologies such as functional MRI, will generalize to the broader spectrum of individuals,” Thurm says.

In fact, there are some data to suggest that they do not. For example, one study using structural MRI found that people with autism who are of above-average intelligence have more gray matter density in the cerebellum compared with those of below-average intelligence1.

Some researchers are trying to circumvent these challenges by scanning toddlers and preschool-age children with autism or other developmental delays while they are sleeping or sedated. But that approach comes with its own set of challenges. Studies using sedation can be time-consuming, expensive and complicated to conduct, making it more difficult to secure funding.

Other teams are exploring different technologies for measuring brain activity, such as near infrared spectroscopy and electroencephalography (EEG), that don’t require participants to lie still.

Those studies are beginning to suggest that even non-verbal people with autism may have surprisingly high levels of language comprehension. For example, researchers at Rutgers University in New Jersey are using EEG to monitor brain activity as non-verbal children with autism listen to sentences containing errors in syntax. Preliminary results suggest that some of the children can recognize when a sentence is wrong, even though they themselves can’t speak.

Unlike in imaging studies, there are relatively few barriers to including people with severe impairments in research on the genetics of autism. “All you need is a cheek swab,” says Valerie Hu, professor of biochemistry and molecular biology at George Washington University in Washington, D.C.

Still, some genetics studies may exclude people with low IQs — in this case, because researchers want to pinpoint genes involved in autism rather than those involved in intellectual disability.

These studies may also be biased in the opposite direction. For example, researchers often diagnose prospective participants using tools such as the Autism Diagnostic Interview-Revised (ADI-R) and the Autism Diagnostic Observation Schedule, which exclude people with milder forms such as Asperger syndrome. “We don’t really capture those [individuals] in our genetic studies,” says Stephen Scherer, director of the Centre for Applied Genomics at the Hospital for Sick Children in Toronto.

Emerging evidence suggests that people who fall under different parts of the autism spectrum have different genetic profiles, Scherer says. Certain genetic variations occur more frequently in people with Asperger syndrome than in people with autism as defined by the ADI-R, for example.

Earlier this year, Scherer and his collaborators launched an effort to collect genetic data from anyone who receives a new diagnosis of an autism spectrum disorder, including those on the milder end of the spectrum, in the province of Ontario, Canada. They plan to genotype about 8,000 people, creating a database that they hope will better reflect the clinical range of people with autism.

That’s a good start, but because of the heterogeneity of autism, it may not be useful enough to collect data from people across the entire spectrum, argues Hu. “Just throwing the cases together into one pool means that you’re combining all the etiologies,” or causes, of autism, Hu says. “And so what you’re going to do is essentially average out any significant differences.”

Instead, Hu has used statistical software to analyze responses to various items on the ADI-R and divide autism into four distinct categories: mild autism, moderate autism, severe language impairment and autism with savant qualities2. Her team has found that the subtypes have distinct patterns of gene expression3.

In another study, her group found genetic variations called single-nucleotide polymorphisms associated with each subtype4. These same variations couldn’t be identified when all the groups were lumped together.

Hu’s use of autism subtypes is one approach to dealing with the disorder’s heterogeneity. Another is to focus studies on particular parts of the spectrum but work together as a research community to cover the whole.

Until then, “we really have to be conscious of the fact that we can’t over-interpret our results,” Scherer says, “because we don’t really have a good cross-section of autism spectrum disorders.”