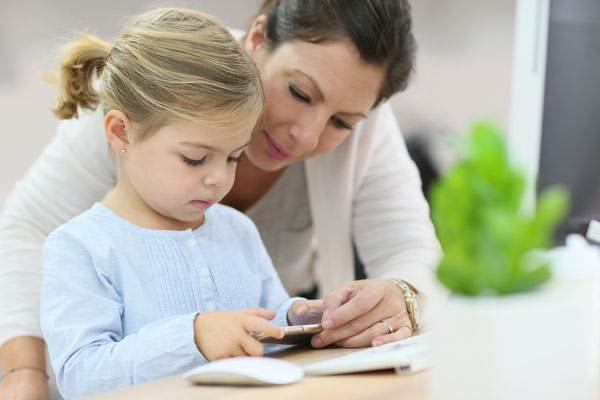 Autism researchers often agree to disagree, but there are two facts few will argue with: Researchers struggle to enroll participants in clinical trials in sufficient numbers, and most measures of autism-related behaviors are subjective.

Smartphones may offer a solution to both problems. The ubiquitous devices are packed with sensors such as accelerometers, gyroscopes, cameras and microphones. With the right apps, these sensors could help researchers objectively track repetitive movements and other autism-related symptoms in scores of people.

A new software-development tool from Apple released to developers on Tuesday offers a shortcut to these apps. Called ResearchKit, it helps researchers create apps by providing templates for components such as mobile surveys and behavioral tests that harness the phone’s sensors.

“A lot of people have good ideas for developing applications,” but they lack the programming skills and software needed to make them, says Matthew Goodwin, assistant professor of health sciences at Northeastern University in Boston. “Apple provides that for folks, so now all you need is a good idea.”

One of the biggest potential benefits of ResearchKit is rapid access to an unprecedented number of trial participants. “If you can do testing and treatment on your iPhone, you’ve taken away a lot of the obstacles that might prevent somebody from participating in research,” says Jim Tanaka, professor of psychology at the University of Victoria in Canada.

As a result, ResearchKit could help autism researchers overcome the challenge of small sample sizes.

Researchers could use iPhones to collect many different types of data. The MyHeart Counts app, for example, tracks physical activity automatically through the phone’s accelerometer and GPS sensor. The Parkinson’s app features a test of hand tremor that is administered through the touchscreen.

Autism researchers might be able to track symptoms such as repetitive behaviors using the phone’s accelerometer or even external devices that transmit data to the app via Bluetooth. Some of the tests — such as evaluations of motor skills, for instance — could be disguised as video games, to make them more engaging, says Fred Shic, director of the Technology and Innovation Laboratory at Yale University. “There are ways that we can collect data that don’t even look like data collection.”

An iPhone could also amass more objective data than do traditional studies, many of which rely on clinicians, parents or study participants to report the severity or frequency of symptoms.

“People are notoriously poor self-reporters about their own behavior and physiology,” Goodwin says. “So getting more quantitative measures to substantiate their claims is very useful.”

These objective measures wouldn’t necessarily replace subjective ones. Goodwin envisions linking the two types of measures. For example, a biosensor could record a child’s behaviors as a parent completes a mobile survey about the child’s behaviors.

ResearchKit experiments may come with caveats, however. Because iPhone users tend to be wealthier and more educated than users of other smartphones, they might not be representative of the general population. That said, selection bias of one kind or another plagues any clinical trial.

Researchers will also need to figure out how to make sure users have the diagnosis that they say they have. Investigators could give an access code only to those people who have undergone in-person screening, for example.

There are also serious ethical considerations. Researchers typically relay information about the study and its risks to would-be participants in person so they have a chance to ask questions. ResearchKit allows for an informed consent form that can be signed electronically and includes a short quiz that tests a user’s understanding. Yet it’s unclear how users would be able to get answers to any remaining questions they may have.

Other concerns revolve around privacy. Apple says it will not have access to the data. Researchers will have to protect that data after transferring it from users’ phones.

In the case of MyHeart Counts, the app uploads data directly to a secure server run by Sage Bionetworks, a Seattle-based nonprofit research organization. It strips any personal details that may identify a user, but this may not be sufficient to protect privacy.

It might be possible to identify someone based on location data, for example. “The data might show that they spend a lot of time at a particular address, so you know where this person likely lives, and you could look at public records and find out who that person likely is,” Shic says.

Other concerns may emerge as more apps are rolled out and tested, Goodwin says. “It’s going to take a little while to figure this out.”