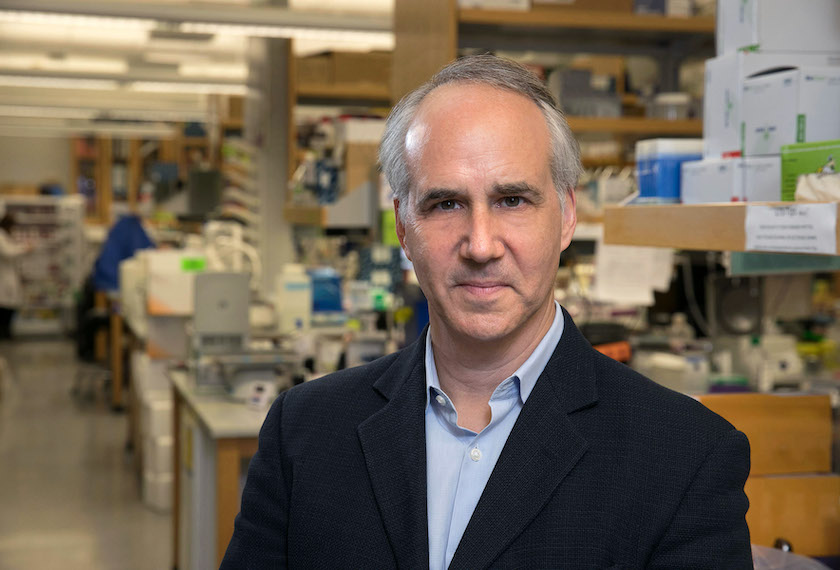 With honors: Geschwind's work has helped to establish the genetic basis of autism.
Courtesy of UCLA

The 2022 Rhoda and Bernard Sarnat International Prize in Mental Health recognizes Geschwind’s “pioneering research and leadership in autism genetics,” according to a UCLA press release.

Geschwind co-founded the Autism Genetic Resource Exchange, a genetic registry for autism research, and his work has helped to establish the genetic basis of the condition. Using tools such as population genetics and functional genomics, Geschwind and his colleagues have revealed gene networks involved in autism, gene expression patterns linked to the condition’s gender bias, and similarities between the genetic signatures for autism, schizophrenia and bipolar disorder. They have also identified species differences in the function of key autism-linked genes.

Geschwind told Spectrum he credits his success to the organizations that have funded his work, as well as to his early involvement with the organization Cure Autism Now, “which influenced me greatly and provided me with the opportunity to contribute to the field, where there was a large unmet need.”

He further commented that “the award also represents the work of dozens of former graduate students and postdoctoral fellows, who continue to amaze and humble me with their caring, dedication and brilliance. I have been truly fortunate to have wonderful trainees and technicians in my lab at UCLA who have driven this work and continue to move it forward. This last point is key because there remains so much unknown, even despite all of the advances to date.”

Geschwind also received top honors from the American Academy of Neurology in March.

Read Spectrum’s profile of Geschwind, a Q&A with him about diversifying autism research, and coverage of his recent work on how changes to chromatin structure and microRNAs may contribute to autism.