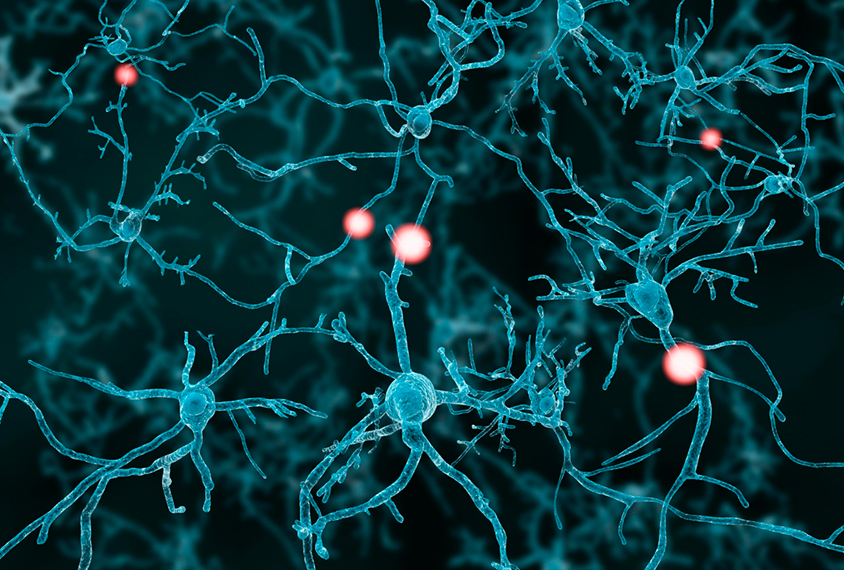 Excess UBE3A, an autism-linked protein, may shape how neurons fire, according to unpublished research presented virtually on Monday at the 2021 Society for Neuroscience Global Connectome. (Links to abstracts may work only for registered conference attendees.)

The findings may offer an explanation for some of the traits seen in people with dup15q syndrome, which is caused by the duplication of a stretch of chromosome 15 where the UBE3A gene resides.

Most people with this syndrome have some form of autism, and many have epilepsy, intellectual disability and developmental delay. But how UBE3A protein affects development is still unclear.

The new research found that certain aspects of neuronal function may be altered when neurons are exposed to excess UBE3A, particularly early in development.

“There’s a critical time during which UBE3A plays a role,” says Marwa Elamin, a graduate student in Eric Levine’s lab at the University of Connecticut in Farmington, who presented the work.

Elamin and her colleagues started with stem cells derived from a person with dup15q syndrome. They then used the gene-editing tool CRISPR-Cas9 to snip out the extra segment of chromosome 15, resulting in a second batch of otherwise genetically identical stem cells.

The researchers reprogrammed both batches of stem cells into neurons and gauged the cells’ electrical properties, measuring the amount of current that flowed across certain parts of their membranes. They also studied how the neurons responded to electrical stimulation.

The differences disappeared when the researchers treated six-week-old dup15q neurons with a short string of DNA that limits the production of UBE3A protein. But when they instead applied the treatment to neurons at 16 weeks, the properties of the dup15q cells remained atypical, suggesting that UBE3A acts on the cells during a window early in development.

Because atypical electrical properties in neurons can lead to seizures, these findings offer a potential mechanism for the high rate of epilepsy among people with dup15q syndrome, Elamin says.

Moving forward, Elamin and her colleagues want to gain a better understanding of how excess UBE3A could alter neuronal activity. They are also interested in exploring the role of UBE3A in synapse function, which is known to be atypical in many neurodevelopmental conditions.