Autism not the only neurodevelopmental disorder on the rise 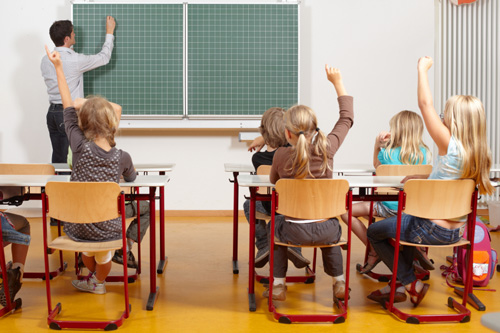 Climbing numbers: Rising awareness and broader diagnostic criteria may account for the increase in neurodevelopmental disorders in Scandinavia.

The growing prevalence of autism is no different from that of other neurodevelopmental disorders, finds a study of more than 4.5 million people in four countries.

The study, published 6 May in European Child and Adolescent Psychiatry, looked at the prevalence of autism, attention deficit hyperactivity disorder, obsessive-compulsive disorder and Tourette syndrome in Denmark, Finland, Sweden and Western Australia1. Between 2000 and 2011, the number of diagnoses for each disorder grew between 100 and 700 percent. In Finland, for instance, diagnoses of autism nearly doubled, from 30 to 60 cases per 10,000 children.

“The patterns of increase in prevalence are surprisingly alike,” says lead investigator Hjördis Atladottir, researcher of biostatistics at Aarhus University in Denmark.

Environmental factors, such as rising average age of parents, may contribute to the trend, but increase in awareness is likely to be the largest factor, says Joseph Buxbaum, director of the Seaver Autism Center at the Icahn School of Medicine at Mount Sinai in New York.

“Changing diagnoses, better identification of individuals on the spectrum and earlier diagnosis account for much or all of the increase,” Buxbaum says. “It is an epidemic of diagnosis.”

Epidemiology studies tend to focus on one country and to be limited to two million people or fewer. “It’s refreshing to have these huge samples included,” says Mayada Elsabbagh, assistant professor of psychiatry at McGill University in Montreal, who was not involved in the study.

The researchers compared each disorder’s prevalence in children at age 10. They found that between 2000 and 2011, the prevalence of autism spectrum disorders as a whole increased 121 percent in Western Australia, 175 percent in Denmark and 354 percent in Sweden.

The prevalence of attention deficit proved more variable than autism: It rose by 183 percent in Finland, 295 percent in Denmark and 721 percent in Sweden. The prevalence of obsessive-compulsive disorder and Tourette syndrome, a disorder of motor and vocal tics, also increased several-fold. (Western Australia has incomplete records for the other three disorders, so the researchers used only its autism data.)

Information about the diagnoses came from medical registries in each country. Overall, the diagnoses are based on guidelines from the International Classification of Diseases and the fourth edition of the Diagnostic and Statistical Manual of Mental Disorders.

Awareness and access to services may account for some of the surge in diagnoses. In the case of autism, for example, updated editions of both diagnostic tools broadened the definitions. As a result, according to a Danish study, more people are diagnosed with autism spectrum disorders today than in the 1990s.

“I strongly believe that at least some of the rise is caused by changes in the way we diagnose,” Atladottir says. If it were because of a genetic or environmental factor instead, it would only affect the prevalence of one or two disorders rather than all four, she says.

The wide range in increases also suggests that awareness and early detection are key, says Eric Fombonne, professor of psychiatry at Oregon Health and Science University, who was not involved in the study.

“The level of identification in these three countries is very uneven,” Fombonne says. “It reflects the training of professionals, autism awareness and access to services.”

For instance, Sweden’s prevalence for any of the four disorders is lower than in Denmark. For every 10,000 children born between 1999 and 2001, doctors diagnosed 68 with autism in Sweden compared with 110 in Denmark. But Sweden shows a steeper upward trend.

“The fact that Sweden is increasing most likely reflects a catch-up phenomenon,” Fombonne says.

An increase in diagnoses also means a rise in demand for diagnostic and therapeutic services. But availability and funding have not yet caught up to the need, Elsabbagh says. “In Canada, our level of services for diagnosis has not really increased over time,” she says. “They need to match the rise with matching services.”