In the past year, researchers have debuted a growing number of mouse models that they say exhibit the subtle behaviors of autism. In the midst of controversy over whether these mouse models represent autism, one team of scientists is looking for quirks in the animalsʼ neural circuits.

In October 2007, a high-profile report1 unveiled mice that carry a mutation in neuroligin-3, which has been associated with autism in people. Since then, about a dozen other models have been proposed, showcasing a grab bag of genetic mutations: some are pivotal players in the development of nerve cell axons, others in synapse formation. One mutation, PTEN, has a strong role in cancer.

As the list of candidate genes for autism grows2, experts estimate that at least 30 mouse models of autism will surface within the next couple of years.

“With all of these models, the question now becomes: What do you do once you have the mouse?” asks neurophysiologist Tony Zador of Cold Spring Harbor Laboratory (CSHL).

Although much has been made of the miceʼs autism-like behaviors ― hovering alone in a corner of their cage or repeatedly sniffing the same spot ― no one has yet compared the brain physiology, such as connections between neurons or firing patterns, of these mutant mice to that of normal mice. One study3 published in June claimed that the neuroligin-3 mouse model of autism behaves no differently than normal mice.

“These autistic mouse models present only more questions,” says Pavel Osten, assistant professor of physiology at Northwestern University. “At the moment, they are the most interesting thing in all of neurobiology.”

Zador, Osten, and CSHL neurobiologist Josh Huang say the common link among the growing number of mouse models of autism is likely to be found not in their social behaviors or communicative abilities, but in the way neurons in different brain regions communicate with one another.

The trio is looking for quantifiable markers of disease, or ‘endophenotypes’, in the brain wiring of two mouse models of autism. “Our goal is to understand the gene mutations that eventually lead to autism or Rett syndrome at the level of brain circuitry: what connections, and what cell types, do they disrupt?” says Huang.

The researchers are also developing techniques to rapidly image an entire mouse brain within a few hours. Standard methods can take about a week, creating a bottleneck between genetic and behavioral research.

“Genetics research has a very high throughput,” says Osten, noting that genome-wide analyses can scan for thousands of genes at a time. Ideally, he says, neurophysiologists would screen various mouse models of these genetic variations at a similar pace. “That may be possible eventually, but at the moment weʼd be happy to increase by ten-fold the speed you can look at mouse models,” he says.

Geneticists are optimistic about the approach, even though the teamʼs first experiments are still months away from publication.

“Right now you have a lot of people like me who are deeply invested in genetic manipulation. But our expertise doesn’t run to the behavioral and systems analysis,” says developmental neurobiologist Gordon Fishell of New York University, who is not involved in the research.

Fishell is working on yet another mouse model of autism by knocking out genes that code for interneurons, cells that dampen electrical signaling in the brain. “Guys like Tony are just such obvious partners for people like me, because they can take [the research] so much further.”

For the past decade, Zador has focused on how the neurons of the rat auditory cortex ― the brain region that processes sound ― relay their signals to other parts of the brain.

In late 2006, two of Zadorʼs CSHL colleagues, geneticists Mike Wigler and Jonathan Sebat, announced that they had found copy number variations (CNV) ― stretches of DNA that have either been deleted or duplicated ― in 12 children with autism, but not in their healthy parents4. 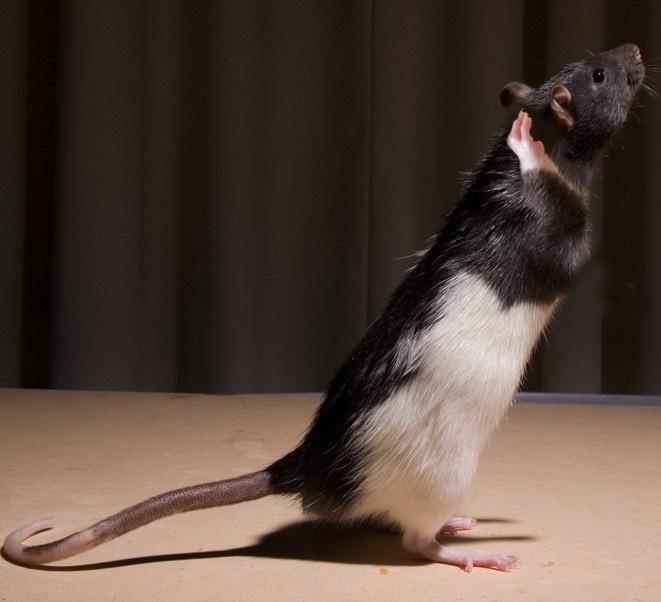 Rodent relatives: Tony Zador is applying his work on the rat auditory cortex to mouse models of autism.

The hubbub that followed led Zador to start thinking about how his work might apply to autism.

“Before that, I thought autism was a hopeless problem for someone like me,” Zador says. “They showed me that even a single gene is enough to cause autism, so there was a hope that you could identify a series of genes that, when perturbed, each give rise to a different mouse model of autism.”

There was also a reasonable clinical basis for studying the auditory cortex’s role in autism. Some people with autism have an extreme sensitivity to normal sounds; others are not sensitive to extreme sounds5. Both children and adults with autism have been shown to have abnormal brain processing of speech sounds6.

Zadorʼs previous work had also shown that the firing pattern of excitatory neurons that produce electric signals, and the inhibitory neurons that interrupt these signals, is extremely predictable in the auditory cortex. In response to sound, recordings from auditory cells generate a wave of excitatory signals followed by a wave of inhibitory signals exactly three milliseconds later7.

There is some evidence that the balance of excitatory and inhibitory signals ― which occurs in all regions of the brain ― is dysfunctional in people with autism 8.

“We figured that if there was anything in autism that disrupted the balance of excitation and inhibition, then it would be really easy to detect that disruption in the auditory cortex,” Zador says.

When Zador began working on autism in early 2007, there was no widely accepted mouse model of autism. But there was a mouse model of Rett syndrome, a neurodevelopmental disorder caused by sporadic mutations of a single gene that leads to mental retardation and autism-like symptoms.

Zador began by using laser scanning photo-stimulation ― a technique that uses ultraviolet light to rapidly stimulate neurons to fire impulses ― to compare the circuitry in brain slices from Rett mice with those of normal mice. Though the data analysis is still preliminary, he says there are “clear differences” in short-range neuronal connections in the mutant mice.

“Exactly what those differences mean and how they relate to other stuff, we’re still a little vague,” he says.

In the meantime, geneticist Thomas Südhof introduced his neuroligin-3 mouse model, claiming that these mice show behaviors similar to autism: decreased social interaction and improved spatial learning. This is in direct contrast with the models of Rett syndrome, which have severe and blunt cognitive deficits.

“[The Südhof] one is particularly appealing because it seems like a good model for high-functioning autism,” Zador says. “Mice were apparently normal in most ways, and then they had some subtle but interesting behavioral defects and some nice physiology to back it up.”

Zadorʼs team plans to use Südhofʼs mice to repeat the wiring experiments he did on the Rett models, and to examine the inhibitory and excitatory signaling patterns of the auditory cortex in live mice.

The researchers also plan to use various mouse models to test the activation of brain regions during tasks that require the mouse to focus its attention. In one of these tasks, for instance, a mouse listens to a sound that contains an odd warble and ― for a food reward ― indicates whether the warble came at the beginning or the end of the sound. The scientists will also study in these mice the molecular properties of interneurons.

Conducting this research is no small undertaking. Each mouse model of autism takes at least a year to order, at a cost of tens of thousands of dollars. Many of Osten’s experiments comparing regions of neuronal activation will require a specially made two-photon excitation microscope that alone costs half a million dollars.

“A year from now, I expect there will be more groups doing this, but I don’t know if it will be a dozen or a half a dozen,” says Huang. “More and more people will see this as the way to understand the pathogenic process. But it’s still an enormous challenge.”