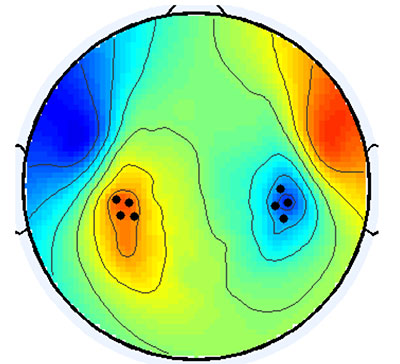 The brains of children with autism don’t tune out irrelevant sensory information, according to unpublished results from a brain imaging study presented Saturday at the 2013 Society for Neuroscience annual meeting in San Diego.

Studies have found more activity in the cerebral cortex in response to sensory stimuli among people with autism than in controls. The new study suggests that the nature of the stimulus affects whether this over-activation occurs.

The work also sheds light on sensory sensitivities, which are common in autism.

In the study, researchers performed magnetoencephalography (MEG) imaging on 17 school-aged boys with autism and 18 controls. At 1-second intervals during the scan, the participants heard a short tone and felt a touch on their middle finger. Occasionally the tone was longer, or the touch was on the index finger. The researchers analyzed neural activity in response to these occasional ‘oddball’ stimuli.

When children with autism listen passively, their brains show more activity in response to the oddball tones than the brains of controls do. “They’re over-processing stimuli they should be ignoring,” says Theodore Zanto, assistant adjunct professor of neurology at the University of California, San Francisco, who presented the work.

The researchers also tested ten children with sensory processing disorder (SPD), which can involve oversensitivity to light and sounds, motor clumsiness and a constant need for sensory input. Though these symptoms are also sometimes seen in autism, individuals with SPD do not have the social deficits characteristic of autism.

Children with SPD are able to block out irrelevant sensory information just as well as controls are, the researchers found. But when told to press a button when they hear an oddball tone, these children show decreased brain activity in response to the oddballs compared with controls.

Finally, the researchers calculated the difference between brain activity during active and passive listening for each participant. The magnitude of this difference is the measure of an individual’s ability to modulate his or her attention.

Across all three groups of participants, individuals who have smaller differences in this measure, indicating less ability to ramp their attention up and down, also have more abnormal scores on sensory profile tests.

The results suggest why some children with autism appear shut down or withdrawn, says Zanto. To them, the world may seem chaotic and overwhelming, causing them to retreat inward.

“Most of what we’re experiencing in the world is irrelevant information,” he says.

Others say the significance of the findings may not be so straightforward.

For example, unpublished data from Mueller’s lab indicates that when children with autism pay attention to sounds, activity paradoxically decreases in the auditory cortex and increases in the visual cortex.

Zanto says that he plans to try and pinpoint where in the cortex the over-processing of irrelevant stimuli occurs.

It’s possible that the inability to tune out irrelevant information also plays a role in the learning and memory problems seen in people with autism. Zanto has conducted studies with a similar design in older adults, and found that the mild memory impairments often seen in this age group are related to loss of the ability to damp down processing of irrelevant information. However, Zanto cautions that relating this idea to autism is still speculative.