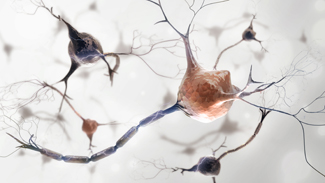 Mutations in SYNGAP1,which are associated with severe intellectual disability and an increased risk of autism, do damage by speeding up the rate at which neuronal connections mature, according to a mouse study published 9 November in Cell1.

SYNGAP1 regulates the strength of connections that transmit excitatory signals in the brain. The gene is expressed only in dendritic spines, the small protrusions that make connections with other neurons.

Still, little was known about exactly how SYNGAP1 affects behavior and cognition and what role it plays in development, says lead investigator Gavin Rumbaugh, a neuroscientist at the Scripps Research Institute in Jupiter, Florida.

In the new study, the researchers analyzed 2-week-old mice with only one functioning copy of theSYNGAP1gene. These animals have larger dendritic spines as well as stronger connections between neurons of the hippocampus, a region centrally involved in learning and memory, than controls do. The animals also begin to show deficits in memory and behavior at that age.

“What we found was not that dendritic spine function was abnormal per se, but that it became adult-like too early,” Rumbaugh says. “Our genetics has dictated a pace of development that happens fairly slowly, and SYNGAP1, apparently, is one gene that regulates that pace.”

Rumbaugh’s lab has previously shown that adult mice with a disabling mutation have extensive cognitive and behavioral problems, particularly in working memory4. To explore when in development these deficits emerge, the researchers created two mouse models in which the mutation can be turned on or off.

In one set of mice, Rumbaugh and his colleagues set this system to keep the mutation turned off until the animals were 2 weeks old. These mice showed no problems, either physiological or behavioral, in adulthood, suggesting that the protein plays a limited role after 2 weeks of age.

In the other set of mice, the scientists left the mutation intact from conception, and then used a similar approach to turn the mutation off in adulthood. But normalizing the gene’s activity at this late age does not improve the animals’ cognitive and behavioral deficits, the researchers found.

“That was pretty strong evidence that what we are looking at is a truly developmental problem,” says Rumbaugh.

Those findings are in contrast with several studies published in the past few years suggesting that some genetic disorders with an autism component, such as Rett syndrome and fragile X syndrome, can be treated or even reversed with drug treatment in adulthood.

“There is a critical period during which you can rescue SYNGAP1, but if you’re intervening after the closure of this critical period, then it’s too late,” says Jacques Michaud, associate professor of pediatrics at the University of Montreal, who was not involved in the study. “It’s a very important message, but it’s a bit disappointing.”

However, Rumbaugh says the short critical period may offer a therapeutic upside.

Early intervention may prevent the intellectual disability SYNGAP1 mutations cause, and lifelong treatment may be unnecessary, he says. If SYNGAP1mutations can be identified before birth, strategies such as gene therapy or compounds that boost gene expression could be designed to counteract their effect, he adds.

Rumbaugh’s group is trying to pinpoint at what age the SYNGAP1 mutation must be rescued to prevent cognitive symptoms, and then translate that to human age. “That will define the therapeutic window for people with this type of disability,” he says.

It would also be interesting to examine whether SYNGAP1’s role in development is similar to that of other autism-linked genes, such as SHANK3 and NLGN3, says Peter Penzes, associate professor of physiology at Northwestern University’s Feinberg School of Medicine in Chicago.

Rumbaugh’s ongoing work suggests that mice with a SYNGAP1 mutation have disrupted circuits throughout the brain. “We think that can be connected to the severity of the intellectual impairment in mice, and by extension, in people,” he says. Imaging studies in autism, however, generally suggest more regional disruption.

Although intellectual disability and autism often co-occur, it’s important not to lump them together, he says. A better understanding of the genetic and biological underpinnings of the two disorders may help highlight the differences between them.

“This paper is one of the first serious biological studies in the field [of intellectual disability],” says Penzes. One of its strengths is that it integrates molecular, cellular, electrophysiological and behavioral analyses to show a clear link between behavior and the underlying biology, he says. “I would look at it as a template for future studies.”