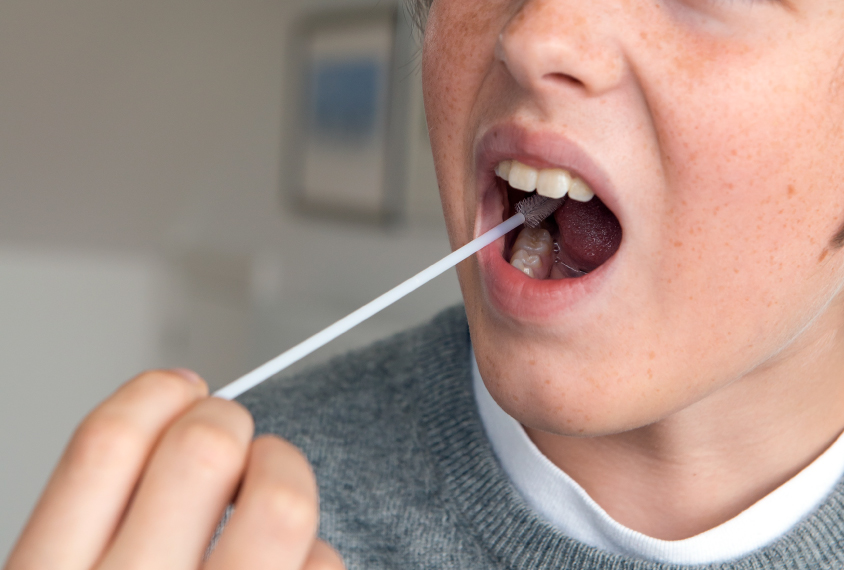 People with particularly low levels of FMRP, the protein lacking in those with fragile X syndrome, are more likely to also have autism and severe intellectual disability, according to a new study1. The lower the level of FMRP, the more severe a person’s traits.

The findings could help researchers identify who would benefit most from certain treatments, says co-investigator Dejan Budimirovic, assistant professor of psychiatry and behavioral sciences at Johns Hopkins University in Baltimore, Maryland. They could also be used to design better outcome measures for pharmaceutical trials for the condition.

“This really helped us to work on closing a gap in the field” between a person’s traits and those traits’ molecular origins, Budimirovic says. “You really need to pair that with the clinical outcomes that can be translated to the bedside — that the clinicians and patients and families can see, ‘What does it mean to me?’”

Fragile X syndrome occurs when a section of the FMR1 gene, which codes for FMRP, contains more DNA ‘letter’ repeats than usual. The repeats silence the gene by driving DNA methylation: Molecules called methyl groups attach to a region of the gene where it can be switched on, blocking production of FMRP, a protein necessary for communication among neurons. Most people with the syndrome have intellectual disability (ID), and many also have autism.

The extent to which the methyl groups attach to the gene can vary among people with fragile X and from cell to cell, leading to different levels of FMRP in people with the same underlying genetics2. The new work confirms the relationship between the number of repeats and an individual’s traits with greater precision than before: More repeats lead to more methylation, causing lower protein levels and more severe traits.

The findings confirm the chain of events that connect expanded repeats to the severity of traits seen in fragile X, and future treatments could potentially intervene anywhere along the chain, says David Amor, professor of clinical genetics at the Murdoch Children’s Research Institute in Victoria, Australia, who was not involved in the work. Amor worked on a separate October study that found that boys with fragile X with higher levels of methylation have lower cognitive abilities and more severe autism traits3.

The new work also demonstrates the complexity of fragile X syndrome, Amor says: “Each affected individual probably has a unique molecular variant of the condition.”

From proteins to traits:

The researchers analyzed blood samples and cheek swabs from 42 people with FMR1 mutations, nine of them female. Two male and three female participants have 55 to 200 DNA letter repeats, something known as a premutation.

Among the 26 boys and men with full mutations, those who show mosaicism, or different levels of methylation or gene expression in different cells, have twice as much FMRP overall as those without mosaicism. (There were too few girls and women in the study for this analysis.) Individuals with full mutations have higher methylation levels and lower FMRP levels than do those with premutations.

The researchers evaluated the participants with full mutations for autism, anxiety, practical life skills, difficult behaviors and ID, as measured by intelligence quotient (IQ). Nearly all have some level of ID, and almost half also have autism.

The findings were published in Brain Science in September.

The FMRP results are “remarkable,” says Randi Hagerman, medical director of the University of California, Davis MIND Institute, who was not involved in the work. “It shows the importance of really drilling down in the molecular variables.”

Not all people in the study fit the trend: Three male participants with low FMRP levels and some mosaicism have only mild or moderate ID. Another has high FMRP and moderate disability, but no detectable mosaicism.

These exceptions suggest that interactions between genetics, epigenetics and proteins provide a more complete picture of the condition than any single measure, says co-investigator Gary Latham, senior vice president of research and development at the molecular diagnostic company Asuragen in Austin, Texas.

The findings could be important for identifying who can benefit from drugs that increase FMRP levels, Hagerman says. The epilepsy and bipolar disorder drug divalproex sodium (marketed as Depakote), for example, may be able to boost FMRP levels but hasn’t yet been shown to be effective in people with fragile X, she says4.

Amor’s study, which analyzed methylation markers in dried blood spots collected at birth, demonstrates that methylation levels could potentially be used to screen for fragile X in newborns and predict the type or severity of traits an individual might show. But much more work would be needed for that to be realistic, Latham says.

Budimirovic and Latham say they hope to see their technique used in larger cohorts to better assess the nuances of the relationships between protein levels and individuals’ traits.