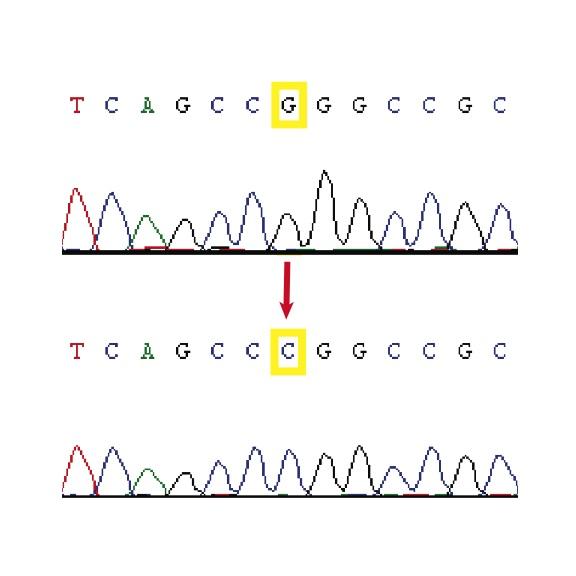 Gut trouble: Some MET gene variations are more frequent in people who have both autism and gastrointestinal problems.

A single gene variant is found more often in people who have both autism and gastrointestinal problems than in healthy controls, and could help explain the mysterious link between autism and the gut, according to a study published in the March issue of Pediatrics 1.

Intriguingly, the variant is not associated with families affected by autism but not gastrointestinal troubles.

Researchers say the finding bolsters the emerging view that autism is a grouping of different disorders, each with distinct underlying mechanisms.

The exact relationship between autism and the gut is unclear, but people with autism frequently report gut problems. For example, one 2006 study estimates that 70 percent of children with autism experience abdominal pain, constipation and vomiting at some point compared with 28 percent of healthy children2.

In 2006, researchers led by Pat Levitt first reported that certain variations in the MET gene double the risk of autism3. Levitt and his colleagues later linked two other genes — PLAUR and SERPINE1 — in the MET network to autism4.

MET plays a role in regulating the immune system and the proliferation of epithelial cells lining the gut — a process crucial to the repair of wounds induced, for example, by certain foods.

In the current study, given the MET gene’s known role in gut cell repair and autism, Levitt’s group looked at variations of the gene in 214 multiplex families that have two or more individuals with autism. The researchers then linked this data to gastrointestinal disturbances using medical history records from the Autism Genetic Resource Exchange, a repository for biological samples and clinical data from families affected by autism.

The variant, a single nucleotide change in the MET gene, is more frequent in 118 of the 214 families with a history of autism and gut woes. In contrast, the variant shows no association with autism in the 96 families affected by autism, without accompanying gastrointestinal symptoms.

“It’s important to show that there are different autisms that may have different causes and mechanisms, and possibly treatments,” says Derrick MacFabe, director of the Kilee Patchell-Evans Autism Research Group at the University of Western Ontario, who was not involved with the study.

It will also be important to study whether genes such as MET convey increased susceptibility to environmental factors, such as opportunistic bacterial gut infections, thought to play a role in triggering autism in some people, MacFabe says.

In the past few years, his group has developed a rat model of autism by administering propionic acid — a metabolite produced by many opportunistic bacteria in the gut — into the rats’ cerebrospinal fluid. The rats show brain and behavioral changes, such as increases in brain inflammation and decreases in social interaction, similar to those seen in people with autism5,6.

Taken together with Levitt’s study, the observations suggest that the interplay between genetic and environmental factors will be key to understanding the mechanisms underlying autism, MacFabe says.

Although MacFabe’s studies suggest that an imbalance of gut bacteria spur some brain and behavioral features of autism, it’s unclear exactly how the brain and gut might influence each other during development and beyond.

The MET variation supports a link between autism and gut problems in some people, but the nature of that link is unclear because the gene seems to play distinct roles in brain development and gut function.

Much less is known about the role of MET in the gut, says Daniel Campbell, research assistant professor of pharmacology at Vanderbilt University and first author on the new study.

Some rat studies have shown that activating the gene reduces the severity of certain gut disorders such as inflammatory bowel disease and diarrhea7.

Campbell’s group is working to improve the main limitation of the current study: the reliance on parents’ ability to recall past episodes of constipation, diarrhea and other symptoms. The team is conducting a study of a larger set of participants, who will see a gastroenterologist for more specific diagnoses.

The MET gene variant could eventually help clinicians pinpoint and study specific genetic subpopulations of people with autism, who might benefit from therapies for their gastrointestinal symptoms, says Craig Erickson, an assistant professor of psychiatry at the Indiana University School of Medicine in Indianapolis.

For example, in January Erickson and his colleagues published results of a multisite clinical trial of human immunoglobulin, an oral therapy that some studies had suggested could help alleviate gut symptoms by binding substances that would normally cause inflammation.

But the 94 children in the treatment group showed no improvement in symptoms — including bloating, abdominal pain and diarrhea — compared with the 31 children given placebo8.

The group of children with both autism and gut-related problems might have been too heterogeneous for the researchers to see any benefits, Erickson now says. “You really wonder: was it because we were studying all these folks in general and not a subgroup [of people with the MET variant]?”

Erickson says he would consider using the variant to classify children for trials of potential treatments. “I think if you have this subgroup with these symptoms,” he says, “you can look at more novel gastrointestinal-related treatments and be more likely to have a positive result.”