Autism diagnosis may be possible as early as age 14 months 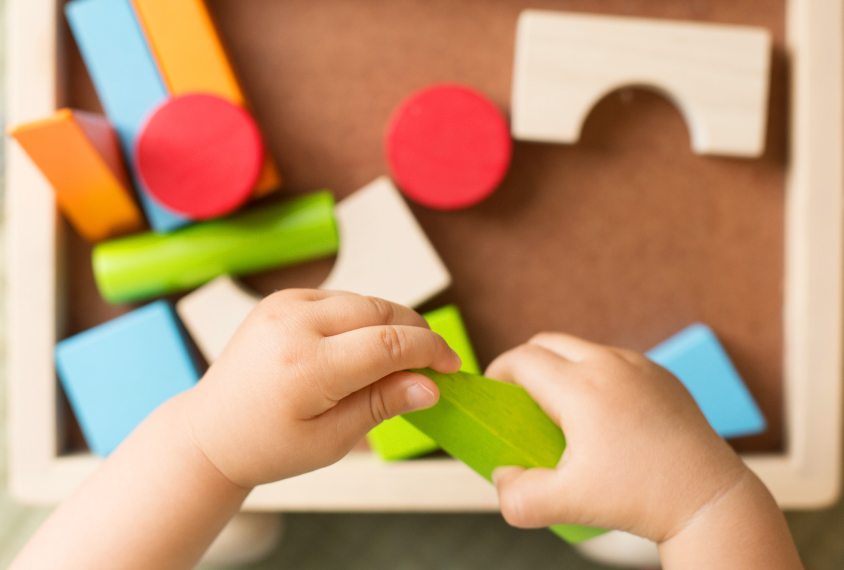 Clear cases: Some young toddlers show signs of autism that are obvious enough for a diagnosis.

Clinicians can reliably diagnose autism in some toddlers roughly two years earlier than the typical age of diagnosis, a new study suggests1.

The researchers assessed more than 1,200 toddlers for autism at least twice using standard diagnostic tools. They diagnosed roughly one in three with the condition by age 2; 84 percent of these toddlers retained the label at their last visit, which was at age 3 on average.

“If children meet criteria and they do show signs and symptoms, don’t wait; let’s get them the help and the treatment that they need,” Pierce says.

Experts are divided on whether autism can reliably be diagnosed before age 3. The American Academy of Pediatrics recommends screening for autism starting at 18 months. However, the U.S. Preventive Services Task Force — a government panel that makes recommendations about preventive medicine — has said there is insufficient evidence to recommend universal screening before 3.

The new study suggests that early screening and diagnosis may benefit some proportion of children: It indicates that some toddlers are likely to have clear enough signs of autism to warrant a diagnosis before 2 years of age, says Zachary Warren, associate professor of pediatrics, psychiatry and behavioral sciences at Vanderbilt University in Nashville, Tennessee.

“The study shows that well-trained, expert teams evaluating young kids with autism are able to pick up concerns at fairly young ages for some kids,” says Warren, who was not involved in the work. “It’s an interesting and creative approach to understanding screening and diagnosis.”

In the study, licensed psychologists evaluated 1,269 toddlers. Most of these children were in an early-detection study that screens thousands of toddlers for autism at their 12- 18- and 24-month pediatrician visits.

The psychologists diagnosed 400 of the children with autism at 12 months to 2 years of age, using the Autism Diagnostic Observation Schedule. They assessed each toddler again at least six months later; half of the children had three or more assessments.

They found that 336 of the 400 children still met autism criteria at the final visit; only 7 of the children had no developmental problems at that visit.

The timing of the diagnosis seems to matter: Only half of the toddlers diagnosed at 12 to 14 months retained their autism diagnosis at the final visit, so assessments at this age may not be reliable, the researchers say.

However, 27 of the 34 toddlers (79 percent) diagnosed at 14 to 16 months retained their diagnosis; 3 of the remaining 7 children had autism traits, and the other 4 were ultimately diagnosed with other conditions. The work appeared 29 April in JAMA Psychiatry.

Autism signs are not apparent this early in all children, however: 105 of the 441 toddlers diagnosed with autism at their final visit were not diagnosed at their first; 23 were mischaracterized as typically developing.

These figures indicate that clinicians should continue to assess children throughout childhood, Pierce says. “You’re not really out of the woods if you ‘pass’ your first diagnostic evaluation, if that first evaluation happens at a very young age,” she says.

Experts say it is too soon to make early diagnosis standard clinical practice.

For one thing, clinician bias may have influenced the results, Warren says, because the psychologists were aware of the children’s prior diagnosis.

Others say that diagnosing toddlers is impractical. Repeat diagnostic evaluations are time-consuming for parents, and testing at age 1 does not make sense when there is no effective therapy for children that young, says Sylvie Goldman, assistant professor of neuropsychology at Columbia University, who was not involved with the study.

“If we had an intervention to offer at 12 months that we knew was appropriate, I would [diagnose at that age],” she says. “But it’s very hard to find something that early that makes sense for a child.”

Diagnosing children as young as 14 months with autism may, however, allow rigorous studies of treatments for this age group, Pierce says. She and her team aim to study autism therapies in 14- to 18-month-olds. They also plan to follow the children in the new study to age 6 or 8 to assess the stability of their diagnoses.