Autism development may be obscured by parents’ memory 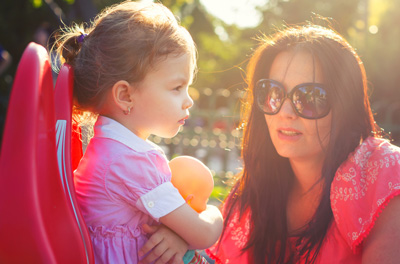 Clear questions: Parents may be better able to assess their children’s abilities when asked detailed questions that provide examples.

Parents may notice a loss of skills in their children as it is happening, but do not recall it clearly later on. The unpublished research, presented yesterday at the 2014 International Meeting for Autism Research in Atlanta, hints at a fatal flaw in diagnostic tools for autism that rely on parents’ memory.

Regular screening by pediatricians would be a more reliable way to pick up early signs of autism, says Sally Ozonoff vice chair for research in psychiatry and behavioral sciences at the University of California, Davis MIND Institute, who presented the findings.

Another study presented yesterday suggests that parents’ assessments better match those of clinicians if they answer detailed questions, rather than give ratings for abstract ideas.

Autism is usually diagnosed around 2 to 3 years of age, when problems with social skills and language become most apparent. The findings presented at the meeting suggest that most children with autism show a gradual decline in their social skills in their first two years of life, rather than a sudden loss of skills at that age.

“This kind of regressive onset or declining behaviors is more the rule than the exception in autism,” says Ozonoff. “It isn’t just the experts who can see it. The parents see it if they’re rating that day in real time.”

Ozonoff and her colleagues have been following the development of infant siblings of children with autism, or baby sibs. These infants have a 20 times higher chance of developing autism than the general population.

At the meeting, Ozonoff presented data from 20 baby sibs, all of whom developed autism, along with 40 typically developing controls.

The children came into the clinic six times in the first two years of their life. At each visit, clinicians rated the children’s social behavior — for example, whether they looked or smiled at the examiners or responded to their own names. Parents also filled out the Autism Diagnostic Interview-Revised (ADI-R), a widely used diagnostic tool, at each visit.

Surprisingly, however, only 6 of these same 20 parents said that their children had lost skills when they were asked this a year later. Relying on the ADI-R may mischaracterize the type of regression seen in these children, says Ozonoff. “This is a little scary for using the ADI-R, which is our only option once children are already diagnosed,” she says. “The majority are being classified into the wrong group.”

Overall, parent assessments differed significantly from those made by clinicians. For example, parents reported fewer problems with babbling, communication and gestures than the clinicians did. This may be because the children are more likely to interact with their parents at home than with an examiner in a clinic, says Macari, associate research scientist at the Yale Child Study Center in New Haven, Connecticut.

The parents’ ratings better matched those of the clinicians when the researchers changed the questions to be more specific. For example, asking “What do you have to do to get your child to turn towards you?” got more accurate responses than “Does you child answer to his name?”