In autism brains, neurons may take up more space than usual 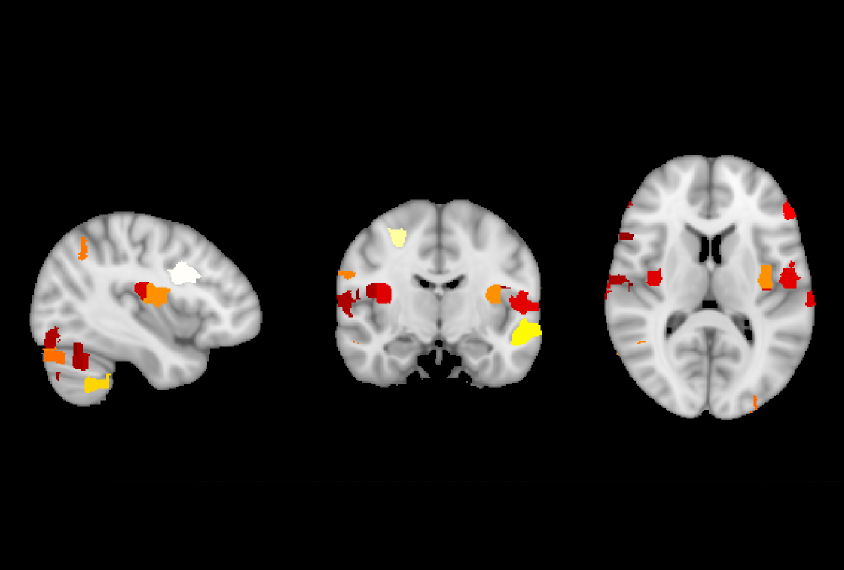 People with autism have more gray matter — or neuronal matter — in their brains overall than their typical peers do. The unpublished findings are based on brain scans from 211 people with autism, a large sample size for a study of this kind.

Researchers presented the work today at the 2018 Society for Neuroscience annual meeting in San Diego, California.

Researchers typically use a technique called voxel-based morphometry to assess brain structures. The method combines two properties of brain tissue — density and volume — into a single metric. Density refers to the amount of neuronal matter and glia in a given area of the brain, whereas volume refers to the space taken up by this brain matter.

Last year, a team at the University of Pennsylvania developed a way to separate these qualities1.

The new work harnesses this updated technique to analyze whole-brain and regional differences among people with autism and their typical peers. Studies overwhelmingly suggest that autistic people have excess gray matter, but research on individual brain regions has offered less consistent results.

The team did not find differences in gray-matter density at the whole-brain level or in individual regions. But the autistic participants had greater gray-matter volume overall. This is also the case in regions known to be different in people with autism, such as the superior temporal cortex, which is involved in language processing.

“Some researchers might react to that by saying, ‘Well, duh, I thought it was volume the whole time.’ And I think: That’s great — now we know,” says Lisa Yankowitz, a graduate student in Robert Schultz’s lab at the University of Pennsylvania, who presented the work.

Yankowitz and her colleagues took magnetic resonance images of the brains of 211 autistic individuals and 179 typical people aged 6 to 19 years. The majority of the participants are boys.

The researchers divided each individual’s scan into 1,625 parcels — a unit of measure more fine-grained than individual brain regions but larger than voxels. From each parcel, they extracted information about density and volume. This allowed them to compare the two physical properties separately across the participants.

On average, the autism group has higher gray-matter volume in several brain regions, including the bilateral cerebellum, the insula and the anterior cingulate.

“When we look at the areas that came out, they very much overlap with networks that have been implicated previously in structural work, functional work, resting-state work,” Yankowitz says. “They fit with an emerging brain model of autism.”

Gray-matter volume is generally related to body size, so boys typically have greater volume than girls do. The researchers found this is true among both typical and autistic people; they did not find any age-related differences between the groups.

The team plans to look for links between their results and clinical information for the individuals, such as comorbid conditions and their scores on a gold-standard diagnostic test for autism.

The definitions of gray and white matter have been revised to include glia.